The NDP and Liberals say they're disappointed to see affordable housing missing from the plan.

Nova Scotia's PC government rolled out its first capital spending plan yesterday, and it comes with a $1.58 billion price tag. Yes, that’s billion with a bee, the highest in provincial history. The plan includes ramped-up spending on health facilities and hospital infrastructure. Missing from the list of major infrastructure projects for 2022-2023 is affordable housing.

The proposed spending will, “help to create more jobs, contribute to our economic recovery and provide modern infrastructure for today and future generations,” minister of finance Allan MacMaster told reporters Wednesday. “This will ensure Nova Scotians have greater access to modern hospitals and medical equipment, schools, highways and other improved infrastructure.”

The capital plan is contingent on the provincial budget being approved in the legislature, which starts its spring session today at Province House. The budget will be made public next Tuesday, March 29.

The Health and Wellness Department is set to receive the most in capital spending this year, with about $630 million of the $1.58 billion in proposed spending, set for health projects. This includes $464 million for the QEII New Generation and Cape Breton Regional Municipality Health Care Redevelopment projects, and $122 million for the construction and repair of other hospitals and medical centres.

About $508 million is set to be spent on the highway redevelopment plan, which includes $30 million for bridge repair and $20 million for gravel roads.

The province will put $175 million towards building and renovating schools, which will cover 15 ongoing school projects. Capital spending in the Department of Education and Early Childhood Development is down nearly $42 million compared to the previous Liberal government’s 2021-22 plan, when its capital spending had to cover purchasing back schools built through public-private partnerships.

The Coast
NDP finance critic Susan Leblanc called the capital plan disappointing, due to its lack of affordable housing and long-term care projects.

“We’re not hearing about public money in public housing or in long-term care. We know we have a serious housing crisis in Nova Scotia.”

When asked where affordable housing fits into the government’s financial planning, MacMaster said support for housing will be reflected in the budget. The minister also referenced the $35 million the province announced in October.

Leblanc said what Nova Scotia needs is more fully public housing options. “I suspect because we don’t see it in the capital plan, we won’t see any public housing built,” she said.

Liberal finance critic Braeden Clark said it’s good to see important projects launched by the previous Liberal government move forward, but it’s a “bit disappointing and surprising to me the lack of new stuff,” he told The Coast. He also highlighted affordable housing and long-term care as areas where he had hoped to see substantial investment. 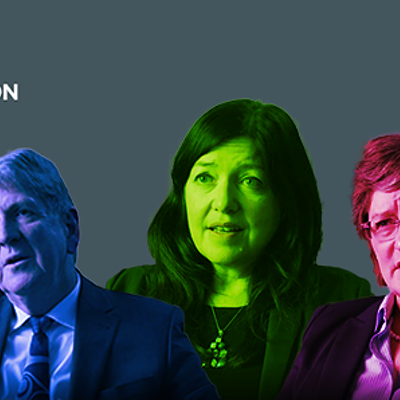