Colombian lawyer and activist says we're all unwittingly complicit in the murder of thousands.

According to Nova Scotia Power’s website, coal still accounts for about 59 percent of energy production in our province. And according to Colombian union activist and lawyer Francisco Ramirez Cuellar, this coal is “drenched in blood.”

The vast majority of this coal comes from international markets, including Colombia, where 3,000 union organizers have been killed in the last 25 years.

During his recent tour of the Maritimes, Cuellar described how both Nova Scotia and New Brunswick have unwittingly become complicit in environmental devastation, forced displacement, disappearances and murders in his country due to companies like NSP purchasing coal coming from Colombia.

“The blood of miners, small farmers, indigenous peoples and union leaders continues to be spilled in Colombia,” Cuellar says. A survivor of eight assassination attempts himself, he has watched as countless colleagues have been murdered in attempts to denounce mining companies.

In Halifax, Cuellar met with staff from the Public Service Alliance of Canada to talk about divestment and pension plans. A public talk was also held at Dalhousie University, where he spoke about how “Colombia has become a paradise for resource extraction.”

Cuellar also met with representatives of Nova Scotia Power to talk about a boycott campaign and legal case that his union is launching against mining giant Drummond Coal, which along with the Cerrejon Coal Company is one of the major Colombian players in the coal export industry.

Cuellar is asking companies that import directly or indirectly from Drummond to boycott the company. Towards bolstering their lawsuit, Cuellar’s legal team has been actively documenting Drummond’s involvement in the creation of paramilitary squads charged with “protection” of mining operations. In reality, these groups secure a stronghold on a region where extractive activity happens, and through intimidation and violence garner support and eliminate dissent.

According to information gathered by Cuellar and his legal team, Drummond is alleged to have caused 4,400 deaths, 420 disappearances and the forced displacement of 55,000 people.

It was Canada’s very own International Development Agency that helped rewrite the mining code in Colombia, advising changes in legislation that led to major reforms such as altering the taxes that foreign multi-nationals must pay to the Colombian government, from 15 percent to 0.4. After this change, coal used by New Brunswick Power and NSP began to be transported to the Maritimes directly from the Cerrejon mine by Canadian Steamship lines, previously owned by former prime minister Paul Martin.

Cuellar outlines that free-trade agreements like the one Canada just signed with Colombia have made this repression possible. “It starts with the privatization of state-owned companies in mining, oil and gas,” he says, “then come changes in the tax structure and then there are changes to the legal framework that make it virtually impossible for the Colombian people to win.”

When Cuellar first appealed to NSP, 11 years ago, the company refused to meet with him. This time, Cuellar was granted an audience with two NSP employees, who met with him out-of-office. While they would not commit to a boycott of Drummond-based coal, Cuellar says the NSP staff promised to examine their coal import situation.

“What I am asking today, and I know it’s up to you,” says Cuellar, “is that after making you aware, that you consider our campaign to boycott Drummond Coal.” 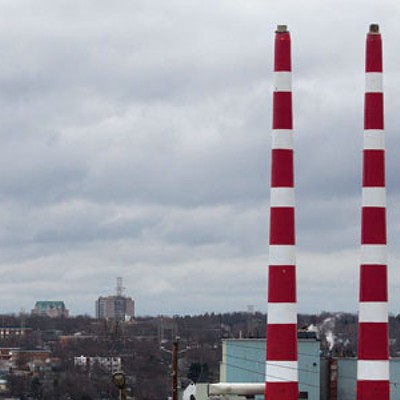