Nova Scotia in mourning: What we know about the victims | City | Halifax, Nova Scotia | THE COAST

Nova Scotia in mourning: What we know about the victims

Families, friends and colleagues of some of this weekend's mass killing victims have gone public about their lost or injured loved ones. 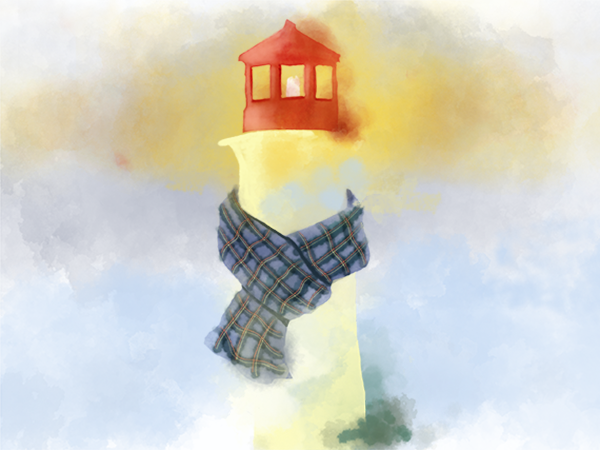 NS RCMP
Heidi Stevenson
Heidi Stevenson
Stevenson was a wife to Dean, mother of two to 13-year-old Connor and 11-year-old Ava, and a former community liaison officer with Halifax District RCMP. Constable Stevenson had 23 years of experience in the force and colleague Commanding Officer Chris Leather called Stevenson “a true hero” who died in the line of duty on Sunday morning.
The RCMP has set up an email for people to send in their condolences.

Kristen Beaton
On Monday, the homecare and national non-profit healthcare organization VON released a statement that two of their employees passed tragically in the Nova Scotia incidents. “We have been in touch with their families and are offering our sincere condolences and support during this difficult time,” says President and CEO Jo-Anne Poirier. Beaton was a Continuing Care Assistant, and a young wife and mother.  The group says Beaton began work with VON nearly six years ago t she was a caring and compassionate nurse.

O'Brien Family
Heather O'Brien
Heather O’Brien
O’Brien, 55, was employed with the VON as a Licensed Practical Nurse (LPN). The employer says she “shared her deep caring of others as a VON nurse for nearly 17 years“ According to her obituary, O’Brien was also a wife to Teddy, a mother of six and two step-children, and a grandmother of 12. “She was truly gifted and wanted nothing more than to make the world a better place,” it reads.

Lisa McCully
A grade 3/4 teacher at Debert Elementary, McCully is remembered for her kindness and passion for learning. On Monday, the Chignecto-Central Regional Centre for Education said on Twitter that McCully was “beloved by both her students and colleagues.”

Nova Scotia Teacher’s Union President Paul Wozney also posted about his grief on Facebook. “9,300 NSTU hearts are broken along with those of her colleagues and students at Debert Elementary, as well as her family and friends who knew her not only as a passionate teacher but as a shining love in their lives,” he wrote.

GoFundMe
Jolene Oliver, Aaron Tuck and Emily Tuck
Jolene Oliver, Aaron “Friar” Tuck, Emily Tuck
A GoFundMe page for the family killed Sunday says they moved to Nova Scotia from Alberta. Jolene is described as being jovial. “She laughed lots. She was super fun and enjoyed the beauty in life,” says her older sister Tammy Oliver-McCurdy. Aaron was a handy mechanic who loved music. “Had a great mechanical mind.” Emily, just 17, was a budding musician who was set to graduate from high school later this year.

Union of Canadian Transportation Employees
Tom Bagley
Tom Bagley
Bagley, a former airport firefighter and war veteran, is described as kind and caring. The Union of Canadian Transportation Employees says he retired in 2005. He was also a motorcycle enthusiast and the union says “his sense of humour ensured that he was well-liked.”

GoFundMe
Joey Webber
Joey Webber
A father of two young daughters and loving husband to Shanda MacLeod, Webber was out running an errand on Sunday when he became a victim of the tragedy, according to a GoFundMe page for his family. Webber worked in the forestry industry and according to his obituary, he loved racing cars and riding horses.

Steve Streatch, an HRM councillor, also lived just down the road from Webber in Wyse’s Corner. He remembers Webber as a good father and family man. “Joey is about a year or two older than my oldest son, I watched as all the kids over the years grew up and I had great respect for him,” Streatch said during a virtual council meeting on April 28. “When I got the tragic news that he lost his life in this incident as well, it really hit home.”


This young father, Joey Webber, was one of my neighbours taken tragically in yesterday's horrible series of events. RIP young man pic.twitter.com/MlHBbsLO49


Sean McLeod and Alanna Jenkins
On Tuesday night, Public Safety Minister Bill Blair released a statement that confirmed two correctional officers had died in the massacre. Jenkins was a Correctional Manager at Nova Institution for Women, and McLeod at Springhill Institution. They were also a couple. “They will be greatly missed by those who worked alongside them, and the friends and family who loved them,” wrote Blair.

Correctional Services Canada also posted about the pair on Twitter, saying they both “carried out their responsibilities with the highest level of integrity and professionalism."


2/4 Alanna Jenkins at Nova Institution and Sean McLeod at Springhill Institution were both Correctional Managers with CSC who carried out their responsibilities with the highest level of integrity and professionalism.


Dawn Madsen and Frank Gulenchyn
Longtime residents of Durham, Ontario, Frank Gulenchyn and Dawn Madsen had moved to Nova Scotia in their retirement just last year. In a statement from the Municipality of Durham, Dawn is recognized as a former long-term care employee. “As a nation, we are united in these moments of sorrow and grief. We can never understand these senseless acts of violence. But, we hope these communities can find comfort and support in the nation that stands behind them,” said John Henry, Regional Chair for the Municipality. A GoFundMe has been set up to support their children, Jon and Ryan.

GoFundMe
Elizabeth Joanne Thomas and John Joseph Zahl
The couple lived directly next door to the suspect, on Portapique Beach Road, moving to the rural community after raising their family in New Mexico, according to a GoFundMe created by family members. They are missing and presumed dead after their house burnt down. Joanne and John are remembered as caring church volunteers, and their sons Justin and Riley describe them as “saints.”

Jamie and Greg Blair
The couple were parents of two young sons: Jack and Alex, according to a GoFundMe page. Greg owned G.B. Gas and Energy, and was known for his witty comebacks and humour, and Jamie for her smile and infectious laugh. They are described as “kind, loving and selfless people” who brightened any room.

Gina Goulet
Goulet, 54, worked as a denturist. She is survived by husband Rick and remembered by her daughter Amelia Butler as a strong woman who had previously survived cancer and loved to travel. A GoFundMe page has been created to help the family. Goulet’s two dogs were also injured in the shooting but are expected to make a full recovery.

Corrie Ellison
Ellison, 42, was visiting his father in Portapique when he left the house to investigate gunshots and the glow of a fire. When he never returned, Ellison’s brother, Clinton, went after him, and found him dead. Clinton survived by hiding from the gunman in the woods, according to CBC reports. “We are grateful that Clinton was able to flee the gunman, and heartbroken that he and his family have to endure the too soon death of Corrie,” says a GoFundMe set up for the family.

Joy and Peter Bond
The Bonds lived on the same road as the shooter in Portapique, according to a post from Joy’s brother Bradley Monks, who lives in Saskatchewan. A GoFundMe page set up for their two sons, Harry and Cory, both of Lunenburg County, says Joy and Peter were loved by their family, friends and community. Harry Bond says on Facebook he is planning to hold a Christmas parade in his home community of Chester, N.S. this year in his parents’ and other victims’ honour.

Lillian Hyslop
Hyslop was walking down a rural road in Wenthworth when the was shot and killed Sunday morning. Hyslop was “down-to-earth” and an avid walker, a neighbour told the Chronicle Herald. According to the Whitehorse Star, she was a longtime resident of the Northern territory, having worked for the Yukon government. She is survived by husband Mike.

Chad Morrison
Morrison, an RCMP officer, suffered gunshot wounds in Sunday’s incidents and was admitted to hospital with non-life threatening injuries. Morrison has 11 years with the RCMP. He was released from hospital Monday and returned to his home community of Lantz, NS to recover.

On Tuesday, The Nova Scotia government created a webpage, email and Facebook group where people can leave messages of condolence for all the victim's families.

There are 22 confirmed deaths from Sunday’s killings. The Coast is working to simultaneously honour the victims and respect the privacy of their families and loved ones. As more information is available, we will share their stories. If you have information about a loved one who has died you may share it here.