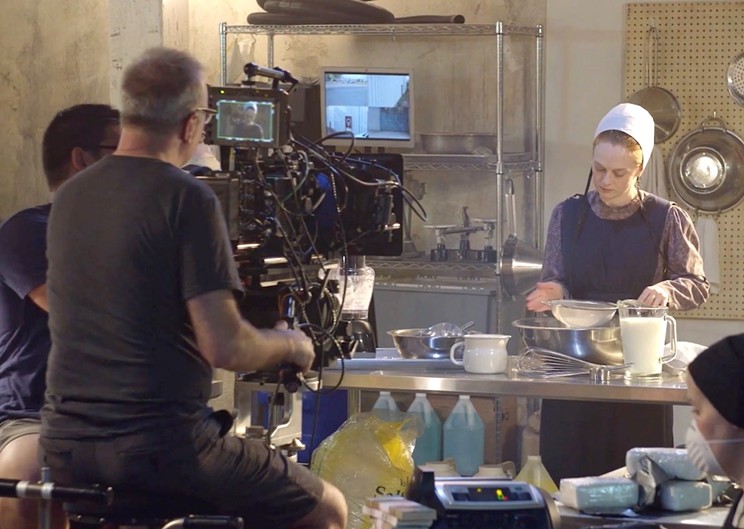 The increase aims to attract larger productions to the province.

When the Disney+ limited series Washington Black took over a section of Young Avenue in Halifax this spring, covering two blocks with cars as it shot on location, it was easy for pedestrians passing by to fancy themselves extras. A quiet slice of the south end hummed, lit up at night with a big-money production rigs as the crew worked late at night to get the shot.

But Nova Scotia is ready to get used to this feeling—or at least it better be. On May 31, the provincial government announced it'll upping the limit of funding a film crew here can receive, from a previous $4 million to $10 million. The new limit goes into effect for 2022-2023, and is a direct aim to attract bigger-budget productions: “Along with the investments we’ve made to support homegrown talent and infrastructure in the industry, this increase and update to the film fund will allow the industry to continue to grow and benefit our economy," says Agriculture Minister Greg Morrow, on behalf of Pat Dunn, Minister of Communities, Culture, Tourism and Heritage, in a press release.

CBC announces new seasons of four Nova Scotian shows: Diggstown, Son of a Critch and Moonshine among the series returning this fall.

This is the second significant funding announcement for the film sector this year: In March, the province pledged $23 million for a new soundstage facility and to support Nova Scotian-led projects.

$23 million investment in Nova Scotia’s film industry has money for a soundstage: With that provincial money, premier Tim Houston’s government is also setting up a $15 million fund to support local movie production over the next five years.

Government funding for film projects can cover 25% to 32% of what the province calls "eligible Nova Scotian costs"—with more money going to productions that hire local crew members and stay in the province for longer. The press release states that "the film industry contributed about $180.8 million to Nova Scotia’s economy in 2021-22, up from about $78 million in 2019-20 and $91.6 million in 2020-21."