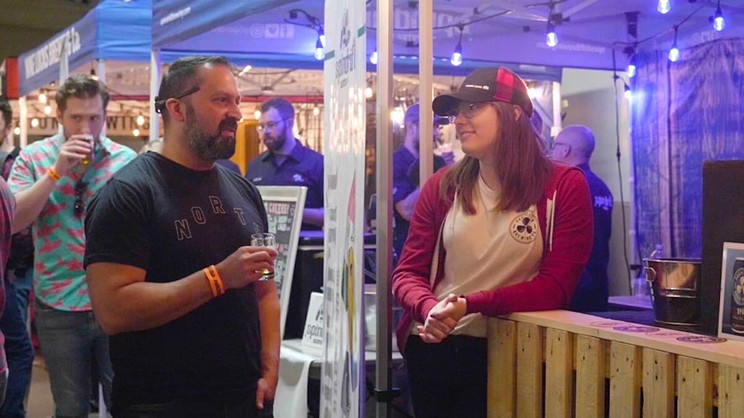 The province's craftiest brews are “back and better than ever.”

Over 40 Nova Scotia craft breweries will be setting up in the Salter Block Parking Lot on the Halifax waterfront this weekend for the 2022 Nova Scotia Craft Beer Festival. Event organizer Jeff Green says this year’s festival will be “bigger and better than ever,” after it was cancelled three times in a row due to COVID-19.

“We’ve had some hard luck in terms of being shut down,” says Green. “So ‘back and better than ever’ just means we’re here and ready to go in an unbelievable location.”

In past years, the festival was held at the Halifax Forum. Green says being on the waterfront this Friday and Saturday, Sep 16 and 17, is the perfect upgrade. There will be live music and entertainment from local DJs and musicians, and HaliMAC Axe Throwing will be setting up as well. Not to mention what Green calls the biggest collection of Nova Scotia brewers you’ll ever find in one place.

Breweries from all corners of the province will be there. Green is especially excited for guests to taste beers that don’t necessarily have wide distribution in stores or bars across Nova Scotia.

“This is the perfect opportunity to get to try some stuff that you might not see anywhere else,” he says.

Danielle Kim has some of that “stuff.” Her business, KSR JUGA Winery, is a member of the Craft Brewers Association of Nova Scotia, and it’s making its festival debut this weekend.

Kim makes makgeolli—a Korean alcoholic beverage that can’t be classified as beer or wine. Makgeolli is made from rice using a Korean fermentation starter called nuruk. She started her business in 2018, but she’s taken her time introducing it to Halifax because of the pandemic.

Submitted
KSR JUGA Winery products will be available at the Nova Scotia Craft Beer Festival in Halifax this weekend.

She sells her original flavour at select NSLC stores throughout the province, but guests at the beer festival will be able to try some of her new flavours like lemon sage, lavender, cherry and blueberry.

“This is really my first big chance to come out and showcase something that's different. It’s not like the wine or beer that we have here…It’s something new,” she says. “So I'm kind of excited to bring something new to Halifax.”

According to Green, Kim and her business are entering a “tight knit” group of brewers and beer enthusiasts. He can’t wait to see everyone together again to celebrate craft brewing.