Province’s 68 actions to address climate emergency are a start, although the government’s timeline leaves doubts.

Nova Scotia’s government is ready to take drastic steps toward reducing its carbon footprint—just not until 2030, thank you very much. Or so was the gist of the province’s newest Our Climate, Our Future report, a climate change plan that will guide the government’s actions over the coming decade.

On Wednesday afternoon, Nova Scotia’s environment and climate change minister, Timothy Halman, unveiled the Tim Houston government’s new climate action plan: A 51-page outline of 68 steps to cut greenhouse gas emissions, mitigate future climate impacts and build a “cleaner sustainable economy.” The plan feeds into the province’s pledge to bring its emissions to 53% below 2005 levels by 2030 and reach net-zero emissions by 2050. But it offers little on what tangible efforts the province is willing to make today.

The report opens by acknowledging the province is “facing a climate emergency” and stresses an “urgent need for action.” Neither of those would surprise any Nova Scotian who lived through Hurricane Fiona.

Will Halifax’s trees survive the next hurricane?: Tree expert Peter Duinker reflects on Fiona, the problem with the HRM’s tree canopy and how to plan for the future.

But when it comes to weaning off coal, oil, gas and imports—which accounted for 70% of Nova Scotia’s power in 2021, according to, well, Nova Scotia Power—the province’s plan leaves its most drastic changes for the future. That is, if we live long enough to make it there.

The province is firm in some commitments: 80% of Nova Scotia’s energy will come from renewable resources by 2030, the report reaffirmed. Part of that will come from five gigawatts of offshore wind—enough to power about 3.7 million homes—expected by the same year. The government also wants to cut heating oil use by at least 20% by 2030. Likewise, it pledges to protect at least 20% of Nova Scotia’s land and water mass.

“We owe it to future generations of Nova Scotians to transform how we deliver electricity, heat our homes and get around,” said Tory Rushton, the province’s minister of natural resources and renewables.

Nova Scotia’s government says it will plant 21 million trees across the province, as part of Canada’s broader 10-year plan to plant two billion trees—though the province doesn’t offer a timeline for when—or where—those trees will be planted. The province also shared that, in an effort to “hold large industry more accountable,” it will introduce an output-based pricing system on Jan. 1, 2023, a few weeks from now. But details of that system—and which industries it will hold accountable—are scarce.

Environment minister Halman confirmed that, initially, the new pricing system would mostly apply to two emitters—Nova Scotia Power and Lafarge—but that there were “probably 12 or 14 other entities” that could fall under the new system, and “those regulations are being worked on.”

The most common refrain from Wednesday’s announcement and press conference was “more details will be coming.”

The province appeared, at times, like an author promoting a book they hadn’t finished writing.

‘Optimistic for the future,’ minister says

It was more than a year ago, in October 2021, when Halman described Nova Scotia’s climate situation as having reached a “pivotal moment.” Global heating is making hurricanes stronger and more frequent. Warmer fall and winter weather is prolonging Nova Scotia’s tick season and introducing the bacteria-bearing mites to more parts of our province. Sea levels are expected to rise by up to a metre across Nova Scotia by the end of this century. Even if global emissions drop significantly, the Canadian Climate Institute’s Damage Control report estimates that Nova Scotia will experience $2,000 per capita GDP losses by 2050 due to climate impacts.

Missing from Wednesday’s announcement was an accounting of what’s been done in the 14 months since that pivotal moment, or a sense of government urgency to match the occasion now that we are that much deeper into the climate emergency.

Nova Scotia’s big carbon problem: The province has pledged to be net-zero by 2050—but is that too late?

“Quite frankly, I'm very optimistic for the future,” Halman told reporters. “We have great momentum in this province for climate adaption and mitigation.” More than once, he called Nova Scotia’s climate plan the “strongest piece of legislation in the country” on the matter.

If, as Houston’s government claims, our province now boasts the strongest climate action plan in Canada, we still have our work cut out for us in the near term. A 2018 survey of Canadians’ household greenhouse gas emissions found Nova Scotians produced more carbon per capita (6.0 tonnes) than anywhere else in Canada, except for PEI (6.3 tonnes) and Newfoundland and Labrador (6.0 tonnes). That same survey also found our emissions had increased by half a tonne per person from 2009 to 2018. 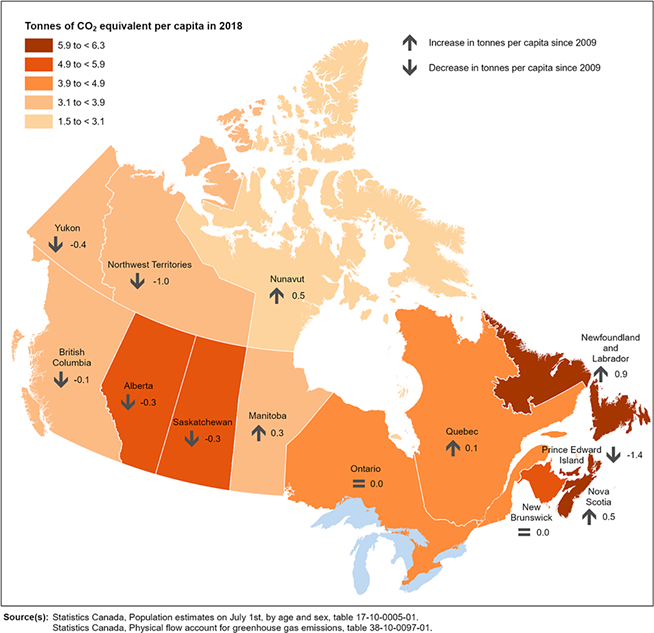 The province’s double-speak on Wednesday was most apparent, perhaps, when it came to its commitment to protecting sensitive habitats. The new climate action plan calls for “conserving and restoring” natural spaces like forests and wetlands and touts their importance in reducing the effects of climate change, like flooding and erosion. At the same time, Houston’s government fast-tracked the development of 1,200 homes near the Eisner Cove wetland as one of nine “special planning areas” in March. One of those other areas tabbed for development is an old-growth forest. Another borders the Blue-Mountain Birch Cove wilderness corridor.

Blue Mountain Birch Cove Lakes at risk after Supreme Court of Canada decision: The issue is nuanced and just may be worse than you think.

Aren’t those developments at odds with the province’s environmental aims?

Not so, Halman tells The Coast. “We’re a government that believes in sustainable development,” he says. “And I want to assure all Nova Scotians that as it relates to those developments, just because we're moving faster, doesn't mean we're not following process.”

He counters that while the province has “aggressive targets” and a “desire to adapt and mitigate” climate change, “there’s still the here and now—and the here and now requires people to have places to live.”

Wednesday’s plan did not come with a dollar figure attached. Halman told reporters it would fall in the “millions and millions of dollars.” Funding will come from the Green Fund (money collected through Nova Scotia’s cap-and-trade auctions, held in 2020) and, as cap-and-trade is phased out, the fund will become the Nova Scotia Climate Change Fund.

Halman also mentioned the Atlantic Loop—which would bring renewable energy from Quebec into Atlantic Canada—is still on the table, but called it “one part of the puzzle,” along with green hydrogen, offshore wind and even tidal energy.

Nova Scotia’s environment minister is off to Montreal next week for the UN Biodiversity Conference (COP 15), which starts today and runs until Dec. 19.