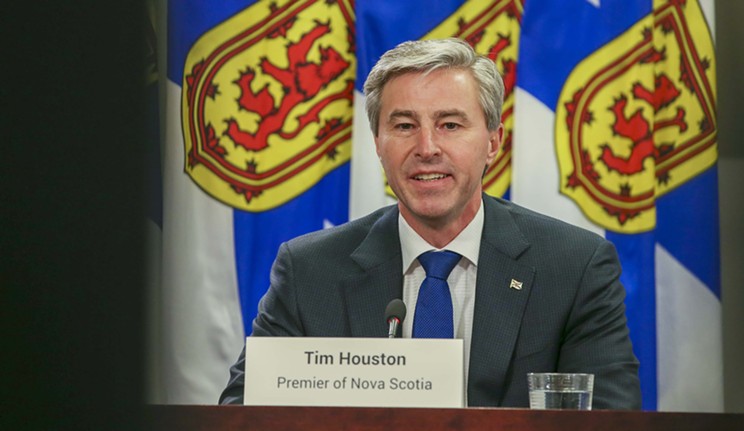 NS Communications
Premier Tim Houston's government has made three significant investments in the film and TV sector this year.

The aim to attract and retain young talent sees those eligible getting a $2,700 maximum rebate on income earned.

Nova Scotia is looking to name the next Robert Eggers, the upcoming Denis Villeneuve, Gen Z's Greta Gerwig: Yesterday, the province announced a new batch of funding for those who work in TV and film—aimed particularly at attracting and retaining emerging talent in the under-30 cohort.

An expansion to the existing More Opportunity for Skilled Trades program, the tax rebate sees eligible works given a maximum of $2,700 for their first $50,000 income earned. The overall aim is that this not-insignificant windfall will alleviate the current labour shortage in the booming film and TV sector by enticing workers. (Screen Nova Scotia currently estimates 650 people in the province work in the sector, which the government says contributed about $180 million to Nova Scotia's economy in 2021-22.)


The CBC reports that the province has budgeted a loss of $270,000 in revenue because of the tax break—but, of course, the hope is that this investment in the sector will bring returns outweighing the cost as the industry and its labour pool grow.

$23 million investment in Nova Scotia’s film industry has money for a soundstage: With that provincial money, premier Tim Houston’s government is also setting up a $15 million fund to support local movie production over the next five years.

This is the third time in 2022 that Premier Tim Houston's government has made a significant investment in the film sector: In March, the government announced plans for a total of $23 million in funding ($15 million of which is to support local movie production over the next five years) while in June, it upped the film fund cap to $10 million, an aim to attract larger productions to the province.