Convention centre has lots of potential for economic spinoff. 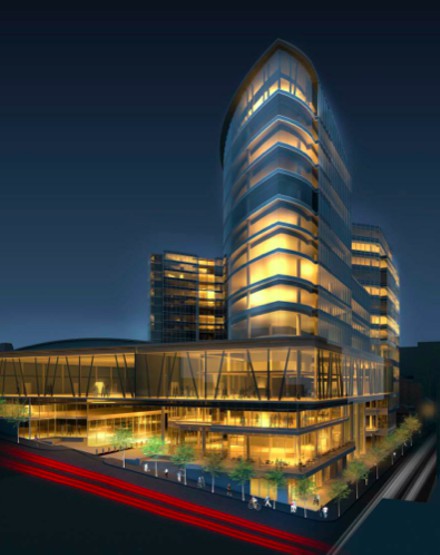 An artist's rendering of the yet-to-be-completed Nova Centre.

Dreams of green are turning Halifax’s biggest hole into its newest convention centre, and the oldest profession has cause for excitement.

So far there are about 13,000 delegates lined up to attend 18 events when the Nova Centre opens in 2016. Local sex workers expect that will make business busier than usual.

“A lot of businessmen have an entertainment allowance and they use it for whatever they want to be entertained by,” said one Halifax-based sex worker. “Out-of-town clients are about 60 percent of the business right now.”

Business travellers are why one local sex worker allows clients to pay by credit card—with the nature of the transaction concealed.

“A lot of them will use [their company credit card] or write it off as a business expense,” she says.

A 2011 report by the Berkeley Electronic Press found evidence for the long-assumed link between come-from-away conventioneers and increased sex work. Focusing specifically on political conventions—namely, the 2008 Democratic and Republican National Conventions—the researchers found substantial increases in the number of local sex-work ads during those events.

“You can only do as much business as you can do,” notes one Halifax worker. “I think most people are probably at full capacity, or as close to it as they want to be.”

Of course just because we build it, doesn’t mean they will come. Heywood Sanders, author of Convention Center Follies and professor at the University of Texas at San Antonio, is familiar with Halifax’s Nova Centre and doesn’t expect it to draw much business. He says there’s a glut of convention centres in North America, resulting in a pattern of underperformance.

“There's just no guarantee at all that building more space or an entirely new centre is going to get you any new business,” Sanders said in a phone interview.

Trade Centre Limited, meanwhile, predicts a slew of economic goodies from the new centre, projecting bookings that they estimate will bring in more than $18 million. Scott Ferguson, TCL’s president and CEO, says the construction phase and first 10 years of operation will create almost $190 million in tax revenues and nearly 30,000 “person years” of employment.

Will it help the Halifax sex industry as well?

“I really haven't given it a lot of thought,” he says.