Nothing is enough for Judge Gregory Lenehan | Opinion | Halifax, Nova Scotia | THE COAST

Nothing is enough for Judge Gregory Lenehan

Our laws and legal system must be changed. 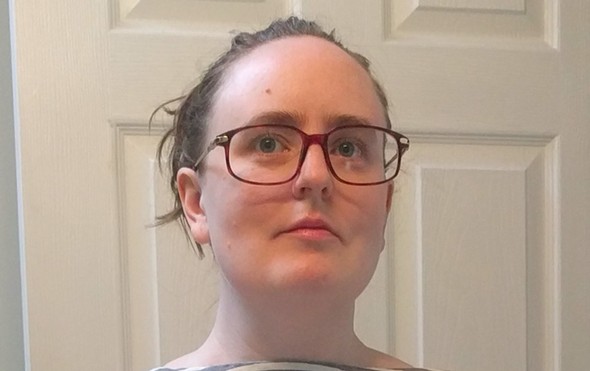 SUBMITTED
Laura Patterson is a lifelong resident of Halifax, and an occasional temp. She writes about politics and pop culture.
Bassam Aladin Al-Rawi has been found not guilty of sexual assault, and I feel sick.

The case seemed open-and-shut to everyone except the Judge. The was found, half-naked and unconscious, in the back of a taxi. The driver of the taxi, Bassam Aladin Al-Rawi, was found in close proximity to the half-naked woman. Al-Rawi is found to have DNA around his mouth. The person who acted as a witness is constable Monia Thibault. When Thibault happened upon this scene, Al-Rawi had his pants and was attempting to stuff the victim’s balled-up urine-soaked pants and underwear into the centre console of his car.

In his decision, Judge Gregory Lenehan stated "[clearly] a drunk can consent” and that the Crown had not shown satisfactory evidence that the woman had not consented.

Is it the case, in Nova Scotia, that the positive consent of a drunk woman is assumed? If a drunk woman cannot be raped or assaulted, why was this case ever taken to court? If Judge Lenehan’s read of Nova Scotia law is correct, what are Stephen McNeil, Jamie Baillie and Gary Burrill doing to change these laws? How will our government work to better reflect the reality of sexual assault?

If we allow that it is possible for a drunk woman to withhold consent, what kind of evidence would we need to prove it? If it is not enough for a police officer to find a man with DNA on his mouth and an unconscious half-naked woman in his backseat, then what is enough? In his decision, per Metro Halifax, Lenehan stated, “I have struggled to determine what all this evidence proves.”

I suggest that Judge Lenehan suffers from a lack of consistent creativity. When it came to explaining the DNA on Al-Rawi’s mouth, Lenehan was able to construct a compelling narrative, again per Haley Ryan in Metro, “'In all probability,’ Lenehan said the DNA ended up on Al-Rawi’s mouth after he wiped his hand over his lip “intentionally or absent-mindedly” after handling the woman's urine-soaked pants.’”

Is video evidence the only thing that would satisfy Judge Lenehan as to Al-Rawi’s guilt? Or, would he assume that, previous to the start of the recording, the victim had consented to an elaborate roleplay?

Is Judge Lenehan fit to be hearing cases of this kind? If Lenehan can imagine a man wiping his lips absent-mindedly with a urine-covered hand, but he cannot imagine that a woman can say no to sex when she’s drunk, does he acknowledge the basic humanity and agency of women?

If you’re honest with yourself, can you see someone who is drunk enough to urinate through their clothes, and believe that they are able to enthusiastically consent to sex? I like to think we'd all drive them to the hospital, and not to a quiet side-street where they can be taken advantage of.

But, as this is clearly not universal, our laws and legal system must be changed.