The alt-country queen leans into the influences she long ran from. 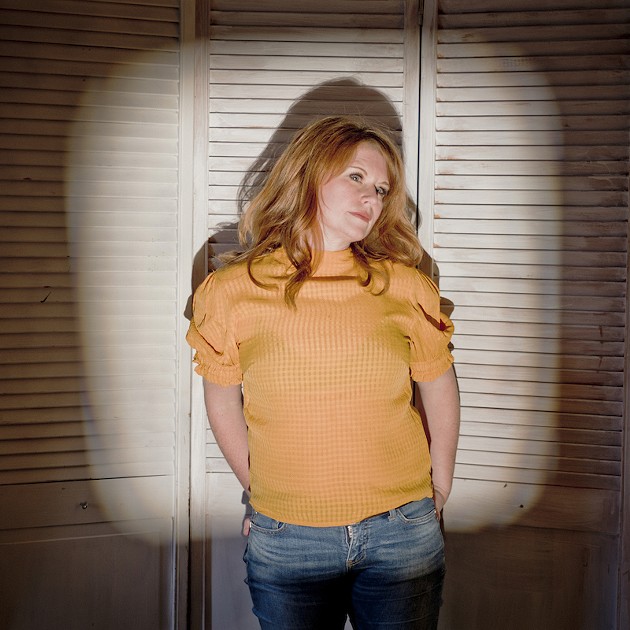 COREY ISENOR PHOTO
Norma MacDonald has tapped into and harnessed the alt-country potential she’s long held on her first album in five years.
Talking with singer-songwriter Norma MacDonald, it becomes clear almost immediately that she doesn’t just draw her creative waters from the same wells as Loretta Lynn or Kris Kristoffersen: She also drinks deeply from them, saying things like “most songwriting is nostalgia anyway”—which could be a lyric ripped from the songbook of either alt-country great if it didn’t flow from MacDonald’s mouth in an easy, conversational current.

The space between country and folk has long been a source of sustenance for MacDonald, a cell-plumping solution she’s floated in as an artist and a human. She’ll say that “I grew up listening to that stuff. Not by choice, but because my dad really loved it.” But still, the influence of Dolly Parton and the like trickled in, leaving footprints in the form of pedal steel guitar (played by longtime collaborator Dale Murray) and lyrics that unfold like cotton lace.

Now, on Old Future, her first album in five years, it feels like the floodgates have opened. That same pedal steel takes a front seat, all jangle and twang, as MacDonald sings of recovering from grief and moving into new phases of life.

The album gushes forth from the same vein as early Dixie Chicks offerings, mid-tempo Sheryl Crow and the soft grit of Damhnait Doyle. The production style ripples with the feel of 1960s country. Someone really oughta send a copy to Emmylou Harris, because she’d love the steely resolve present every time MacDonald’s voice hinges on breaking in the second track, “Trick of The Light.”

MacDonald’s work has always taken its time: As early as 2005, after a decade in the city's music scene, she told The Coast she felt “like a newcomer on the singer-songwriter scene although I’ve been here for a long time.” The winding current would continue flowing at its own pace, with her follow-up dropping three years later. (Once again she’d tell The Coast that allowing songs to ripen and ferment was the only way, saying: “I started writing songs late, compared to most people, and I was surprised that this is what would come out of me.”)

“I don’t think I've ever made a record in less than a year; I do like to pick away at things and go back and change things,” she says on a mid-April afternoon phone call. “It’s sort of funny because this record, it sort of does come across as an old country record. And for years, people have always said to me ‘Oh, you’re a country singer.’ And I’d say ‘No, I’m a folk singer,’ and I don’t know why I fought it so hard—I think it was because I made the connection to new country in my head: The sort of thing you're gonna hear when you turn on a mainstream country radio station which is not my cup of tea.”

As ever, her fans’ patience is rewarded with Old Future being at once sunny yet sad, a tide that’ll pull you farther out to sea on each repeat listen as the layers of lyrics get peeled back. (After all, MacDonald confesses, “I love when people take a close listen and take something away from it.”)

“I feel my writing feels more confident; I’m a little more—and I think all people get this way when they get older—I care less about what other people are gonna think. I don’t write songs and think about how a line will be received or if someone is gonna misinterpret something; I just let it be. I feel I’ve embraced this country sensibility I’ve had,” she adds, when asked what’s changed for her over the past five years.

One thing that’ll never change, even as the current twists to new genres? MacDonald’s devotion to making music that makes you feel. The magic is in the sitting, the waiting, the listening to each wave: “When I write lyrics, there’s little tunnels to them that I want people to explore and think about.”