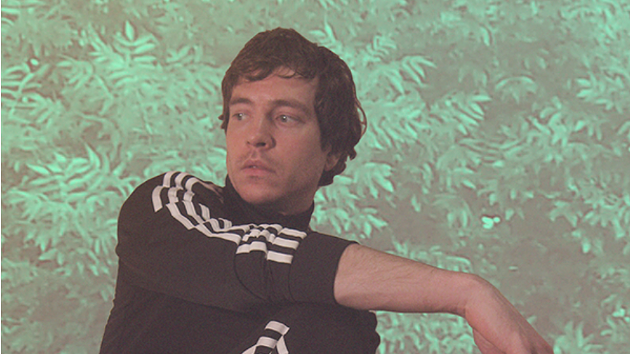 After wandering through the Halifax music scene over the last three-plus years, Nomadic Homes is ready to release something permanent, something settled.

"I slowly kind of started to develop a grasp on how I actually wanted to bring the sounds that were in my head into fruition," says Chris Rayner, the brains and hands behind the bedroom recording project's fuzzy, psych-pop haze.

"Plus I've amassed some good gear in my at-home studio. Lots of things to play with, lots of things to experiment—but largely the concept of the album itself has been ready for far, far too long."

Rayner, who cites local luminaries Rich Aucoin and Gianna Lauren as influences, has played and recorded music with other people but was never quite satisfied. He became obsessed with doing everything himself to work through that process of unravelling the music he hears in his head—and actually getting it to record.

"I'm very much attached to nostalgia in music. That comes with desiring really older...saturated tones, sounds that have texture to them and more like a hazy film on top of them," Rayner says.

Now, some of those sounds are coming out on the debut album Indecision, after years of figuring out how to create the music and sounds he wanted. The lyrical concepts are rooted in relationships both with his others and himself.

"There was a period of time where I was experimenting with polyamory and that definitely fuelled a lot of my songwriting. And then, to struggle with navigating my tenuous grasp on mindfulness as well, which I'm kind of still in the throes of."

The record is out now on Human Sounds Records, a DIY label based in Atlanta that's pumped out a handful of Haligonian content over the years, including releases from Strongboy, Shadow Folk and Robert Loveless. Listen at nomadichomes.bandcamp.com or below: