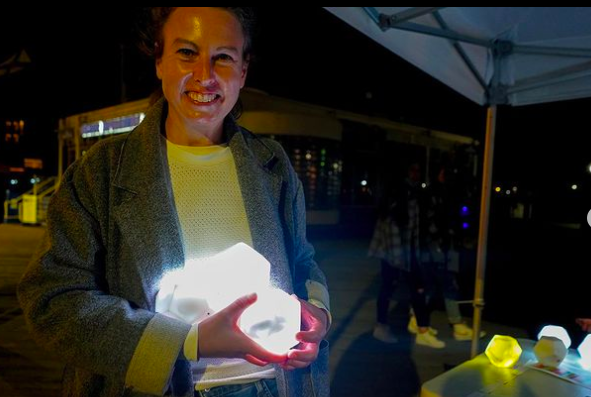 Nocturne, the annual festival that sees Halifax transformed for a handful of nights through the work of countless artists, is undergoing a transformation of its own. Yet another example in the deluge of local arts organizations and festivals switching up their leaderships, the visual art event announced its incoming Executive Director—and a new operational structure.

Melany Nugent-Noble will take over the role of Executive Director, a position vacated earlier this year as Lindsay Cory left the festival for a job with the city as its Public Art Developer. (Full disclosure: Cory also worked as part of the events staff on Team Coast for a number of years.)

Alongside Nugent-Noble, who starts with the fest on Aug 17, there will also be an interim Artistic Director, Yeha Ahn. The role of Artistic Director is a new one for Nocturne—one created, the fest explains in a release, to help "support [the festival]'s growth and capacity in the community." Ahn's longtime ties to the fest make her a natural choice for its inaugural AD—and the release announcing the news adds Ahn will work with Nocturne's board to make this new position permanent.

Nugent-Noble comes to the festival with a resume stuffed with two decades of experience in various arts institutions, galleries and government. (She's also an artist herself, having been a participant in Nocturne 2021.) Ahn, meanwhile, boasts deep community ties and experience working with a number of large events and organizations.