No word yet on whether or not Nova Scotia will start using Health Canada's COVID Alert app (UPDATE: It's arrived!)

But here's what to expect and how to be prepared should that day come. 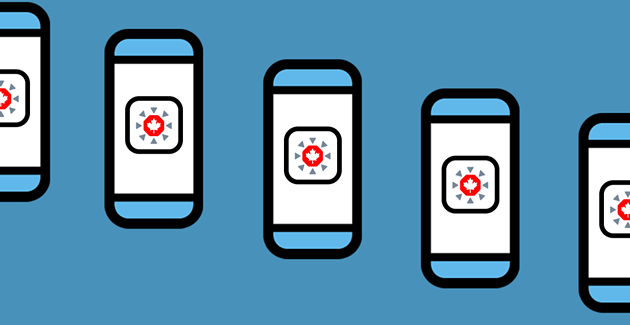 Health Canada
The COVID Alert app is available for all Canadians to download.

Health Canada’s sleek COVID Alert app launched on July 31, but so far only Ontario has started using it—even though it’s available for all Canadians to download and use.

The app is designed to notify people who may have come in contact with anyone who’s tested positive to COVID-19 to aid in contract tracing and slowing the spread. So far, about 1.9 million people have downloaded the application and though some are skeptical about downloading for privacy reasons, the app was built on the premise it wouldn’t share personal information with the government.

It would work like this: Someone who may have the COVID-19 virus goes to the same grocery store you visit at the same time and you both have this application. You spend at least 15 minutes within two meters of this person and your Bluetooth is activated the whole time. Your phone exchanges random codes with this person’s phone and others nearby.

The person goes for a test later during the week and tests positive for the virus. After the positive result, the person is given a one-time-key to enter into the application. The app then shares the person’s random codes—with permission—with a central server. Then you will get a notification to let you know you may be at risk of having the virus because you have been in contact with this person and your phones have exchanged codes while you were in the same space.

Nur Zincir-Heywood, a professor in Dalhousie’s department of computer science says using Bluetooth instead of GPS to trace contacts is a better approach that the app developers took to reduce privacy breaches. “To my mind, probably, this is the least invasive from a privacy perspective,” she says.

But she adds she’s not surprised that people are skeptical about downloading the app—while freely giving out their information to social media applications.

She says when people feel they are getting free services from social media, they don’t mind giving out their personal information like their birthdays. “And those platforms collect more information than, as far as I can say, what COVID-19 app is doing right now which is basically collecting no information,” she says.

Because the app uses Bluetooth and not GPS to exchange codes with nearby devices, it does need to be constantly activated to do its job. “If you download this app as a user but you don’t run the app in the background all the time, 24/7, it will not work,” she says.

Using Bluetooth doesn't totally eliminate the potential for hacking by a third party, so it’s limited for download on more recent operating systems: Android: 6.0+ and iOS:13.5+. And while some users of older iPhones have complained about accessibility being a problem because of this, Zincir-Heywood says the more updated operating systems will better protect the phone from security issues. “On one hand, it might look as if maybe it’s not accessible by everyone,” she says, “but at the same time, it’s trying to take the more secure operating system that those phones have.”

Since there’s the small risk of hackers getting into your phone when you have your Bluetooth on, Zincir-Heywood advises that people update their operating systems to prevent hacking. And again for the folks in the back: people should have long and strong passwords comprising symbols and numbers to protect their information in case hackers get in. And don’t have the same password for all your accounts. “Your password shouldn’t be 1234 or qwerty,” she says.

The Nova Scotia department of health said “Nova Scotia is closely monitoring the implementation of the mobile app in Ontario,” in an email. “The results of that will inform whether Nova Scotia adopts the app” the statement reads.

A graphic for sharing on social media from Health Canada about the COVID Alert app.
The Health Canada website says "even outside Ontario, it's still helpful to download COVID Alert. That way, when people in your area are able to report a diagnosis, you'll be notified if you were near them."

For now in Nova Scotia, in-person contract tracing happens once someone gets a positive test result. When this occurs, health officials launch an investigation into how a person may have contracted the virus and the people the person may have passed it on to.