No consent, no pipeline

Trudeau’s government has disregarded Indigenous and community consent. We should be angry—so let’s be loud about it. 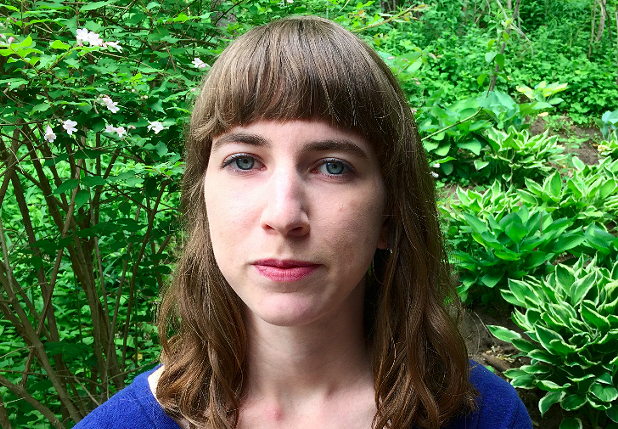 SUBMITTED
Laura Cutmore is a grad student at Dalhousie University, an organizer with Divest Dal and VP External of the Dalhousie Association of Graduate Students. She's also working at the Ecology Action Centre as the energy team summer student.

The year I was born, atmospheric carbon dioxide levels were 356 parts per million. The safe upper limit was 350 ppm. Since then, globally, we have increased that concentration to 410 ppm. This is a climate changed.

When I heard about Justin Trudeau’s decision to buy out the Trans Mountain pipeline from Kinder Morgan, I felt sick. I’m sick of having to watch as rich older people decide that enacting violence on people protecting the waters and climate is fine with them. Sick to know that Trudeau, like countless politicians before him, short-term economic gain before the safety of future generations and people already suffering from climate impacts including drought, wildfires and floods. I know I’m far from the only person who is feeling angry, disappointed and upset in the wake of this announcement. These feelings are entirely reasonable, as there are no more excuses for our government to be making poor decisions like these.

At its heart, the issue with Trudeau’s decision is one of consent. We’re living in the #MeToo era and our self-proclaimed feminist Prime Minister is famously quoted as saying “Governments grant permits, communities grant permission.” Trudeau and his government ought to understand consent and be respecting it. Instead, they are paving over constitutional rights to land, ceremony and culture; criminalizing people who are doing their inherent duty to defend their rights and land; leaving people feeling so powerless to be heard that they are having to take to civil disobedience to defend their children. No one granted permission for this violence. It’s 2018, Trudeau—you should know consent is mandatory.

Additionally, the government is in the process of implementing the United Nations Declaration on the Rights of Indigenous Peoples (UNDRIP), which includes the requirement for the free, prior and informed consent of Indigenous peoples in regards to natural resource projects on their lands. UNDRIP is, among many things, a recognition of violence against Indigenous peoples and a roadmap to ending that violence. The day after Trudeau announced the Kinder Morgan deal, the bill to ensure Canada’s laws are in line with UNDRIP passed in the House of Commons. With overwhelming hypocrisy, the Liberals continue to push the Trans Mountain pipeline forward despite the fact that it would run through the territories of several First Nations that have not consented to this project—seven of which have ongoing court cases against the original approval of the pipeline.

Part of the shift created by the #MeToo movement was survivors, collectively, deciding to be unapologetically loud about our feelings toward the violence and injustice we’ve endured for so long. The resistance to the Trans Mountain pipeline has felt similarly unapologetically loud in recent months. People across Canada have taken to the streets, to kayaks, to their MP’s offices, to the Kwekwecnewtxw (Watch House), to tiny houses built on the proposed pipeline route, to Parliament Hill and to Burnaby Mountain to protest this pipeline. Trudeau’s government has disregarded the lack of Indigenous and community consent. Their actions are contributing to climate crimes against the future of our species and our planet. We should be angry—so let’s be loud about it. This decision was a defining moment for Trudeau, officially rebranding his self-styled image of feminist climate hero. Let’s not let him forget this.