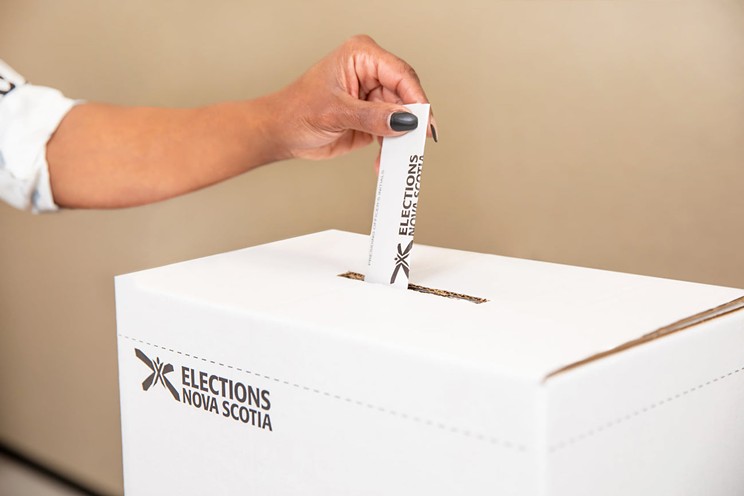 Elections NS via Facebook
Ballots cast during early voting were not stolen during Sunday’s break-in at the Clayton Park West returning office.

Two empty ballot boxes and IT equipment were stolen from the Chain Lake Drive electoral office.

With provincial election day looming, a break-in at the Clayton Park West returning office resulted in stolen ballot boxes and IT equipment, but no ballots were taken, Elections Nova Scotia said.

The returning office for District 10 at 137 Chain Lake Drive was broken into in the evening of Sunday, August 15, according to a release shared this morning from the provincial elections agency. “IT equipment and two empty ballot boxes were stolen. Elections Nova Scotia has confirmed that there were no ballots in the boxes taken,” reads the statement. Police are currently investigating the crime.

The number of Nova Scotians who voted early in this provincial election is higher than ever, leading up to election day tomorrow, August 17. Early votes cast at this location for the 41st provincial election were locked in a room that was not breached, Elections NS said. The agency is “confident that the integrity of the election in that district has not been compromised.”

Due to the break-in, voting at the location was halted for about an hour and a half this morning. The returning office opened a temporary voting location next door and early voting at the Chain Lake Drive location resumed.