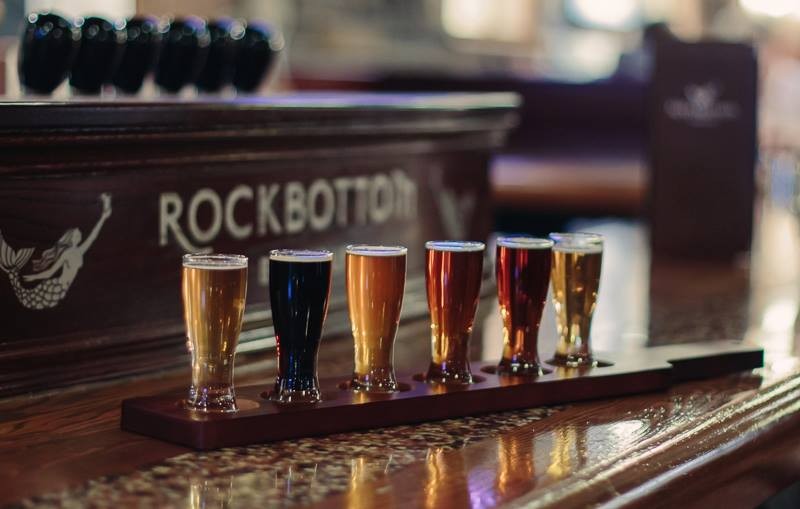 The surge of Nova Scotian craft beer continues with Nine Locks Brewery; the joint venture between Shaun O'Hearn (owner of Rockbottom Brewpub and Your Father's Moustache) and business partner Danny O'Hearn aims to be brewing at 219 Waverley Road (same building as the beloved Mic Mac Bar & Grill) by late November.

The microbrewery, named for the nine locks of Dartmouth's Shubenacadie Canal, is something the O'Hearns (distant cousins) have been dreaming up for some time. "I'm a big lover of craft beer, I mean obviously I have a brew pub already," says Shaun. Danny has a background with Moosehead. "But we’re at maximum capacity already with Rockbottom, we can’t make anymore and I don’t have any room to expand."

The next logical step was Nine Locks, where Rockbottom brewmaster Jake Saunders along with Chris Downey (a longtime brewer at Montreal's Brutopia) will work to make a line of beers that'll be available by the growler as well as in tall cans at a brewery retail shop, NSLC locations, restaurants and private liquor stores. For starters, they'll be brewing six styles—an IPA, extra special bitter, white, American pale ale, porter and an India session ale.

“The more breweries that open the better it is for everyone," says Shaun. “It really adds to the recognition for local craft breweries. And it opens everyone’s eyes to different types of beer. Someone who’s drinking just mainstream beer, like Labatt, Molson, Keith’s, they might come in, buy a couple single cans, and see if they like it.”