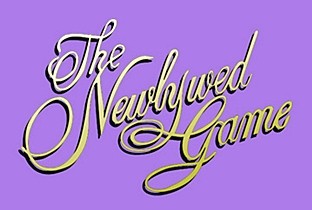 In a special episode of The Scene, one cool couple will prove their love with random questions for a chance to win The Coast's Newlywed Game with your host, me, Adria Young!

Thanks for tuning in. Let's meet our contestants! 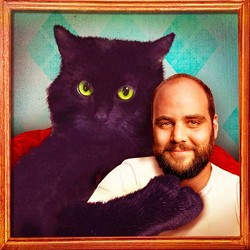 Chris Locke
Today on the show, we have Toronto comics and lovers Chris Locke and Kathleen Phillips-Locke. This dashing pair observed their second wedding anniversary on August 29: "We celebrated by eating take-out and watching Deliverance on TV," Philips-Locke tells me. Now that's romance.

As actors and performers, life imitates art: both are in Halifax this week wrapping up Season 5 of CBC's Mr. D, on which they play "sexy swingin' couple Emma and Ted Terdie." Also a member of Toronto comedy troupe Laugh Sabbath, Phillips-Locke was in Winnipeg earlier this summer shooting the first season of Sunnyside, a new sketch show airing on CityTV on September 27 (soon available online).

Meanwhile, hubby-hubby finished a summer of touring across Canada with a final show at Montreal's Just for Laughs. Locke also continues his weekly podcast sensation, Utopia To Me? with some of the country's funniest comedians. This follows the success of Locke's comedy album, The World is Embarrassing, which he released last February; the album sold very well on iTunes and is still being played constantly on SiriusXM.

Kathleen Phillips-Locke
Tonight at The Khyber, Locke and Phillips-Locke will perform stand-up at EAT PRAY LOL 4 with local hero and comedy whiz Mark Little and your host, fellow funny-guy Everardo Ramirez (8:30pm, pay what you can). If tonight will be anything like Locke's last visit to Halifax, you better bring a change of underpants. To replace the ones you'll pee in. From laughing so hard.

But before tonight's show, the lovely duo has agreed to play The Coast's Newlywed Game ("As long as it doesn't ruin our marriage," says Phillips-Locke). Please sit through the entire 1970s TV show theme-song while pretending this picture of original game-show host Bob Eubanks is actually me. 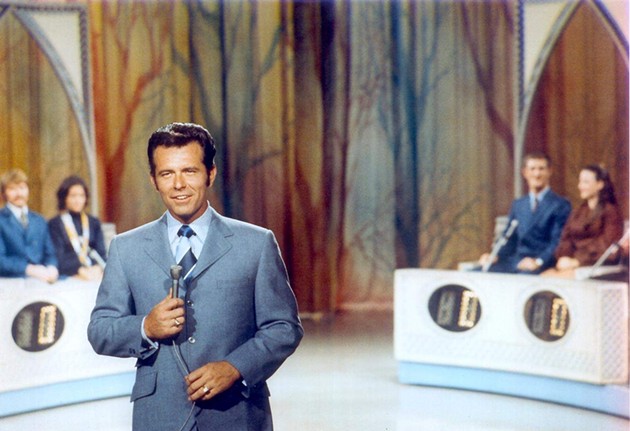 Adria Young as Bob Eubanks
Let's begin the show! Thanks to Chris and Kathleen for joining us.


Chris and Kathleen have answered revealing questions relating to their relationship, but neither have seen the responses until now. Are they a match made in comedy heaven? You decide.

Question 1: When you met, who approached whom first?

Chris: We both touched the same dead dog at the same time to ask, “You okay, buddy?” And then looked up into each other’s eyes and the rest is herstory.

Kathleen: When we met, the feeling was mutual. We both felt nothing for each other until about ten years had passed.

Question 2: When you first moved in together, what item of each other's did you hate?

Kathleen: I hated his pile of writhing garbage bags.

Question 3: What record in your collection does the other hate?

Kathleen: Chris is not fond of my "Pope John Paul II LIVE from the Vatican" CD.

Question 4a: What is Chris' favourite TV show?

Chris: Right now my favourite show is the Blue Jays.

Question 4b: What is Kathleen's favourite TV show?

Question 5: Whose farts smell the worst?

Kathleen: It's a mystery. We vowed never to pass gas at one another. Till death do us fart.

Question 6: What is the one household chore that your spouse never does?

Kathleen: Mop up the weird water that persistently seeps from the base of our toilet.

Question 7: What does your spouse love the most about you?

Question 8: Who is the most insecure?

Kathleen: Definitely Chris. He hates himself! It's a riot!

Question 9: Who would be the first to say they want to leave a lame dinner party?

Chris: I would. And then I'd take off my shirt and punch the butler.

Kathleen: Chris has pushed his chair away from the table many times to announce that he is "leaving this lame dinner party." I wind up finishing my meal alone, but that's okay because I also finish off his wine.

And finally, Question 10: What is your favourite memory together so far?

Kathleen: Any time we've let out bare butts hang out in nature without the cops knowing.

Seems like a perfect match. Come down to laugh your buns off tonight at The Khyber!

Music Nova Scotia is giving up to $3,000 away to local artists and music businesses

UPDATED: It's time to buckle down on COVID compliance so Conway The Machine can play Halifax in 2022

Music Nova Scotia is giving up to $3,000 away to local artists and music businesses