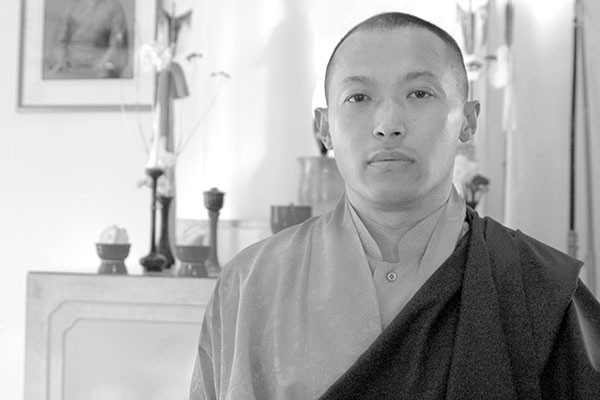 This time of year is usually one of celebration for Shambhalians. Shambhala Day coincides with the Tibetan new year—February 5, this year. The day is marked by celebrations around the world, and the community’s leader, known as sakyong Mipham Rinpoche, is usually at home in Halifax or Boulder, Colorado, to address his international community.

This year, Mipham is silent and abroad, in India with his family. And there’s a shadow hanging over Shambhala Day, in the form of a long-awaited report from Halifax law firm Wickwire Holm, into allegations of sexual assault and abuse in the community, including specific allegations against Mipham.

Those were brought to light in 2018 in three reports from Buddhist Project Sunshine, a series of grassroots investigations that document allegations of sexual assault over a period of decades.

The Wickwire Holm report, released on Sunday, February 3, notes that “more than 75 people came forward with claims of sexual misconduct, or information pertaining to sexual misconduct within the organization.” In order to be investigated, within the parameters set by Shambhala USA (formerly Shambhala International), complainants had to be willing to have their identity revealed to their abuser. So most of those claims went uninvestigated and were instead anonymized and provided to the interim board of Shambhala USA. It’s unclear what the board will do with that information.

Ten complainants came forward who did agree to attach their name to the investigation, but only three of those claims were investigated. The report also notes 20 complaints of sexual misconduct by other leaders, as well as a litany of issues in the community, from the sakyong’s drinking, to racism, to feelings that reports of misconduct are swept under the rug, and those who complain are silenced and shunned.

Two of the three claims were allegations of sexual assault by Mipham. Selina Bath’s investigation resulted in a finding of sexual misconduct and clergy misconduct in both.

One of those cases happened in 2011, at a birthday party for Mipham’s daughter at the Kalapa Court, a mansion on the Northwest Arm in Halifax.

Julia Howell was initially reluctant to engage at all with Wickwire Holm, but came forward in January, after Bath had completed her investigation. Howell’s evidence persuaded Bath, who declined an interview with The Coast, that what she had originally deemed simply “inappropriate”—Mipham admitted to kissing Howell while drunk at his daughter’s birthday party—was in fact “sexual misconduct.”

For Howell, who was raised in Shambhala, and for whom, the report notes, the incident “ruined her practice and shattered her connection to the community,” it was important to come forward about her experience, not only for herself but for those still in Shambhala. “If people want to raise kids in this community they should know what they’re engaging with.”

Though Howell has spent much of the last year grappling with the response from the community to her story—she first posted about the assault on Facebook, and later spoke with Carol Merchasin, who investigated the Buddhist Project Sunshine claims—she says she finally feels that her experience has been taken seriously. “I’ve never felt so affirmed.”

For Rhonda Newcombe, who’s spoken out before, this report should be the end of Mipham as Shambhala’s leader. The interim board, she says, “should be telling him bye-bye and trying to do what we can with the teachings we have. And they’re not doing that.”

In the report, the interim board writes that it “feels strongly the sakyong must take responsibility for the harm he has caused.” The board declined to be interviewed, and instead emailed a statement that reads, in part: “The Interim Board takes seriously the reports of misconduct and lack of care that occurred in our community. We must work together as a community to address the conditions that create harm and create opportunities for care, equity, and kindness to flourish.”

For Julia Sagebien, who was a student of Chogyam Trungpa, Mipham’s father, but no longer considers herself a member of the organization, the interim board is on the right path. “It does seem to me that they are taking this seriously. The sakyong is running out of wiggle room.”

Julia Howell believes that wiggle room is immaterial, and despite her experience, has compassion for Mipham. “I am honestly sad that he grew up in a community who look to him for an example, but also socialized him to not understand the consequences or nuances of sexual assault in the contemporary western world. He grew up in our context—we wanted a king, and we told him this is what we want, this is what you need to do. The people he’s supposed to be trusting are generally old white guys who have learned you can do anything you want if you have money. I’m sick of demonizing the guy. But I also don’t want to hear his apology, because it’s a reflection of the society that socialized him.”

But Newcombe believes Mipham should be practicing what he preaches. “Despite how scary a situation may be, you should be facing the reality of things, maybe shaking in your shoes, but you stand up and deal and—he’s in India. Where’s the bravery we’ve been taught about?”

Though Mipham released a letter to the community on the eve of Shambhala Day—a letter that stops well short of an apology: Mipham writes that he is “becoming aware” of how his behaviour “hurt others”—Newcombe says “he just doesn’t get it. He is still acting like a king removed from what his subjects are actually feeling. He has had chances to make things turn and he’s dropped the ball every time.”

Meanwhile, Shambhala USA’s interim board is tackling other pressing matters, such as the organization’s byzantine finances, and regularly occurring financial shortfalls. A recent communiqué indicates the board has identified a need to sell some of the organization’s properties, and it proposes to start with Marpa House in Colorado, home to Mipham’s aged mother, and around forty other people.
For Howell, the financial troubles are part of the same tangle as the misconduct and assault allegations. “You pull the string in the sweater, you pull it out and the whole thing falls apart.”

And, she thinks, maybe it’s time for it to fall apart. “The romantic notion, the vision, the fantasy needs to fall to the ground so people can find the wood that is half burnt and see what they can do with it, see if they can repurpose it. I don’t think the same structure can carry on and have any justice for the people in the community or the people who have left the community.”

Julia Sagebien believes that half-burnt wood is worth saving.

“Right now I’m just sad and embarrassed that the jewel of the dharma is in the latrine of our common confusion, but my only hope is that Buddhism survived the mogul invasion of India, and the Chinese cultural revolution. Maybe the Buddhadharma will survive fucking hippies.”