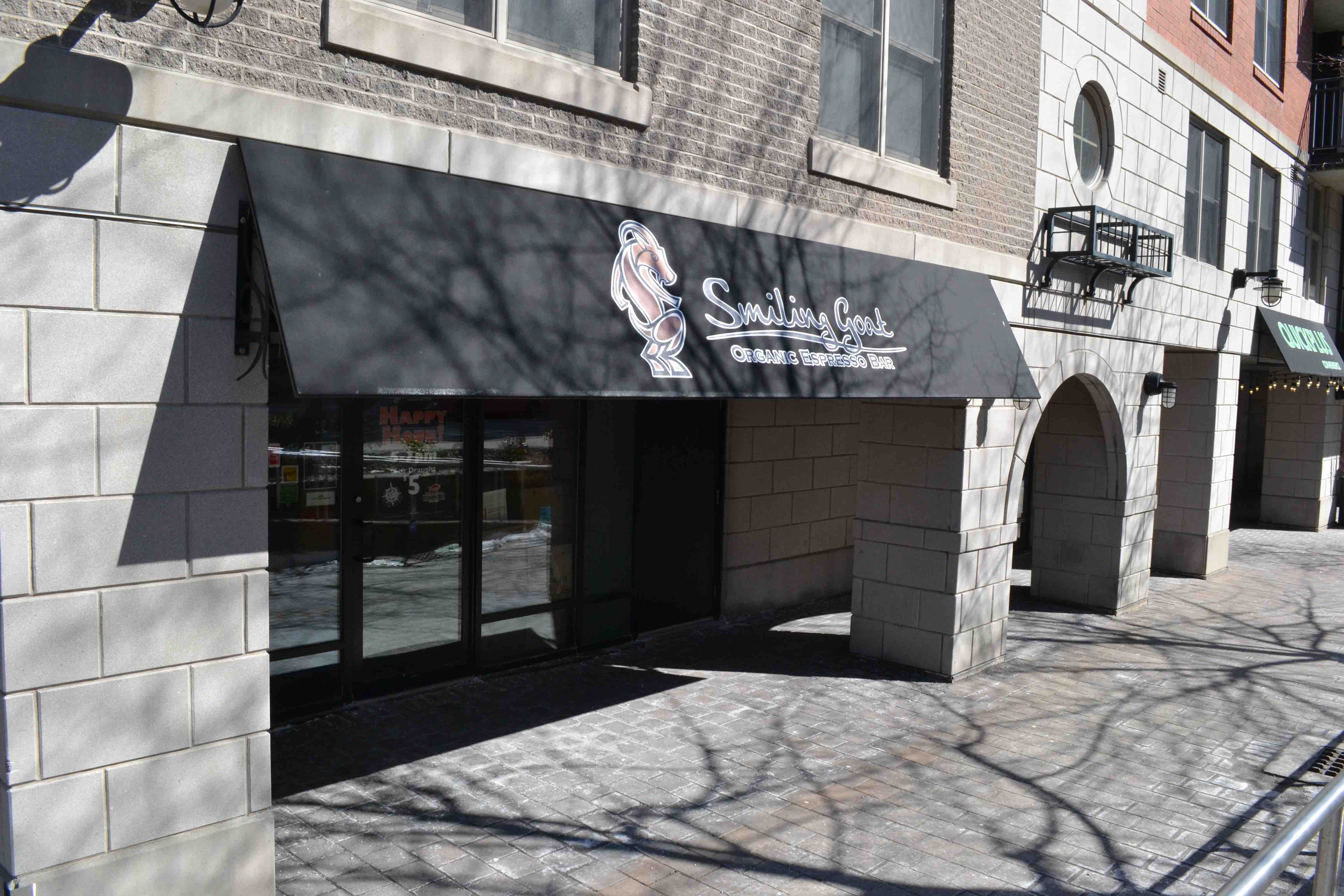 Things have changed at the Smiling Goat Organic Espresso Bar.

New owner Kit Singh took over the coffee shop at the end of January. He says he became instantly attracted to business opportunities in the city after taking a trip to Halifax in September from his home in England.

“When I came to know about this brand, I immediately said ‘Yes, I want to acquire it,’” recalls Singh. “It’s the best coffee they do in Halifax.”

Smiling Goat was initially owned by Geoffrey and Andrea Creighton, who opened their cafe on South Park Street in August 2007. After several years, they expanded the business to its second, larger location in Bishop’s Landing.

But the company appears to have been struggling. The previous owners declared bankruptcy just before Singh purchased and officially took over the business.

There have been other problems: Since Singh purchased the company two months ago, the majority of the coffee shops’ employees have quit. He attributes the turnover to workers finding new jobs after learning about the company’s financial problems.

Before moving to Canada, Singh was involved in the restaurant industry in England, briefly owning an eatery called Mama’s Joomla in the resort of Cleethorpes in Lincolnshire.

For eight years, he also owned St. George’s Care Home in Broughton, which closed at the end of March last year. Local news reports from the time state that health regulators cancelled the registration for the home’s parent company, Abbey House UK, after the business’ closure, citing numerous concerns with health and safety practices, lack of staff training and supervision.

“I’d rather not get into that kind of technical details,” Singh says, about the reason for the home’s closure. He does claim there’s a lot of red tape around the nursing and care business in England.

“The business went into difficulties and it was time to say goodbye.”

Singh says his previous companies are not relevant to his current work, and calls Halifax a fresh start for him to do business.

“There’s opportunity for a businessman like myself to come in and grow it—and be a part of it.”

Singh claims work at the Smiling Goat has been going well so far, and he hopes to eventually expand the cafe to more locations. In addition, he’s been eyeing other corporate ventures in Atlantic Canada.