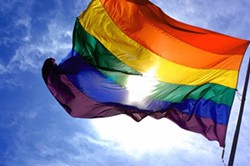 Imagine you are a new immigrant to Canada. Within a few weeks of arriving, you are speaking at a hearing about why you feel you are under prosecution in your homeland because of your sexuality.

The clinic takes on a handful of cases each year. Usually immigrants are recommended to go through alternative routes to citizenship given the difficulty of claiming refugee status as a member of the LGBTQ community.

But recent changes to immigration law have made it even more difficult for gay refugees to gain status. Wait times for a hearing range from 30 to 60 days, as opposed to the lengthy 2-year wait times.

“We went from way too long wait times to way too short,” says Julie Chamagne, executive director of the Halifax Refugee Clinic. “Refugees need time to tell their story and get their documentation.”

At the Immigration and Refugee Board hearings, most of the evidence is usually the claimant’s testimony. Refugees, many who come from gay-unfriendly countries such as Mexico, Korea and Uganda, are judged on their level of activity with the gay community.

“People are being judged for their gayness,” says Chamagne. “Board members can bring a western-style perspective on what it means to be gay. One time a comment was made that a person should know that they are gay before 18 years old. Many refugees are just coming to terms with their sexuality.”

Keith MacMillian works with gay refugees on their claims and settling into the Halifax community. Originally from Coldbrook, Nova Scotia, he spent his summers volunteering at the clinic before entering law school. He recently transferred from the University of Ottawa to the Dalhousie Schulich School of Law to complete his final year of study and to work as a staff member at the clinic. Besides his work at the clinic, he’s a Board member of the Rainbow Refugee Association of Nova Scotia, an organization focused on sponsoring gay refugees.

“I wanted to become a lawyer because of the work I do at the clinic,” says MacMillian. “I love working here because we respect people’s agency, integrity and dignity.”

“In a lot of countries, being gay is confined to clandestine meetings that are only about sex,” sys MacMillian. “Refugees who come here aren’t always a part of the gay community. It’s a difficult transition.”

The Clinic hopes to get the word out on refugee issues. The Clinic will be hosting Refugee Claimants 101 information session about the refugee system. For more information, email halifaxrefugeeclinic@gmail.com.