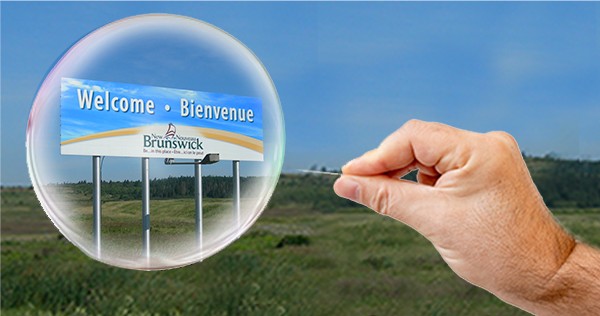 New Brunswick is officially out of the Atlantic bubble

Premier Iain Rankin says he decided today to add quarantine requirements for New Brunswickers, just hours before the scheduled start of the Atlantic bubble. Tuesday afternoon at a regular COVID briefing, he announced the new plan for travellers going from New Brunswick to Nova Scotia. Rankin did not tell his colleague, NB premier Blaine Higgs, about the change.

“It was my hope to have all of Atlantic open… I wasn’t able to get full agreement from one premier.”

Single-dose vaccine recipients coming from New Brunswick must isolate for one week and receive two negative tests, one upon entry and another at day five or six. Those with both vaccine doses can exit isolation after receiving one negative COVID-19 test, and unvaccinated travellers must quarantine for two weeks.

These same restrictions will be in place for all other Canadian travelers beginning June 30.

“It’s regrettable we’re in this position where we have to have more requirements… but it’s needed right now,” Rankin said. The premier hinted at tension between him and premier Higgs. Rankin said he hasn’t managed to get in contact with the New Brunswick leader.

“I tried to get a hold of New Brunswick officials last week, we were hoping to learn more. Myself and the other Atlantic premiers were supposed to have a call last week that never happened,” he said. “But we had to modify our isolation requirements based on (New Brunswick’s) plan to open up to the rest of Canada.”

Rankin said he is surprised by Nova Scotians who made travel or family reunification plans with the June 23 bubble date in mind. “Some took chances that Thursday we’d have no restrictions on New Brunswick, but I was clear last week I was surprised by that decision and we had more to look into,” he said.

“They are certainly introducing a higher level of risk into their province,” Strang said at the time.