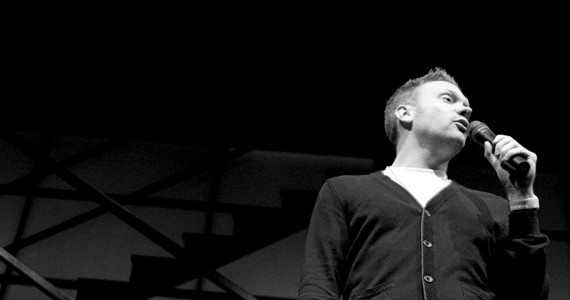 Nathan Macintosh knows these streets. Though the Halifax native has moved to New York after taking Toronto by storm, he's clearly left his heart---and culinary imagination ---in Halifax. "I'm very excited to come back," Macintosh says. "Has someone in Halifax done the inevitable and put rum into donairs? No reason those two shouldn't be together."

In the years since he relocated, he's racked up the accolades. Taping a Comedy Now! special for The Comedy Network, winning 2009's Best Newcomer award at the Canadian Comedy Awards, performing at Just For Laughs, the Boston Comedy Festival, 2009's Ha!ifax ComedyFest and one of only five Caucasian comedians to headline the All Black Comedy Revue in Toronto--- Macintosh's genial style has made him stand out.

We can only hope a return to his hometown will allow him to haul out some regional humour. "People in the entire country like to make fun of the east coast, so it works out well," says Macintosh. "Living in New York now, though, no one knows a thing about Canada, let alone Nova Scotia. 'There are different places in Canada? Wait...where's Canada again?'"

Macintosh's blog, Too Much to Say (nathanmacintosh.com), was the basis (and title) of his new comedy album due out this summer. On the blog, he opines on such topics as Coca-Cola, quitting and The Oscars in a format much more accommodating than the one-liner free-for-all that is Twitter. When asked about the looming pressure of being constantly funny online (which he is, check out @nathanmacintosh on Twitter), Macintosh cracks, "I feel pressure to be funny in this interview! Have I said anything funny yet? Are people laughing you think? Oh, man. This is going bad. Wait, wait. Let's start over...a gorilla falls in the forest and...is this more than 140 characters?" --Stephanie Johns