My summer: Christian Barry, co-founder of 2b theatre

In between work in Toronto and touring around the contiment, Christian Barry, the artistic co-director of Halifax-based 2b Theatre, is always coming back here. 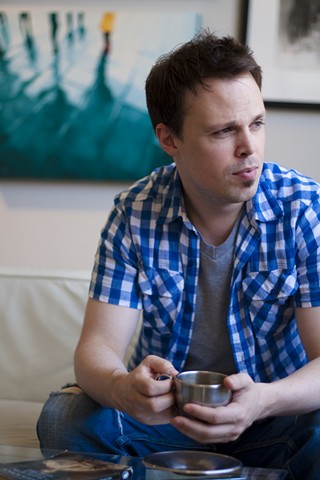 Although acting work takes him to Toronto, as artistic co-director of Halifax-based 2b Theatre, Barry's always coming back here. That said, 2b will keep him moving in the next year, with The Russian Play touring to the west coast, Invisible Atom and Revisited to the UK, and the recent Homage to Montreal and southern Ontario. Barry met his creative partner Anthony Black while teaching at the Neptune Theatre School, and they formed 2b in the summer of 1999, which makes this season their 10th anniversary.

The Coast: Since you're touring so much with material produced through 2b, will the cuts to federal arts funding affect your ability to bring it nationally and internationally?

Christian Barry: This coming season is the season we'll find out. Right up until March of last year they were still giving out Heritage grants, and there's a one-year lag to it. You're always applying eight months ahead. There are rumours now that some of that money will be dispersed through the Canada Council. We're still hoping and praying that the gap will be filled, and every advocacy group that we're part of will be lobbying for that.

TC: Do you have any particular memories of great times here in Halifax in the summer?

CB: In a way summer is the season is cliches for me. I'll take any excuse I can to lie on a park bench to read a book. I love to lay low and go to the cottage. Another cliche, but going to Festival Antigonish, going down to Chester, going to Ship's Company in Parrsboro. All great places to visit for reasons other than theatre, but great theatre towns, too.

TC: What theatre are you looking forward to this summer as an audience member?

CB: I could plug Anthony Black's show in Festival Antigonish called Geometry in Venice. I suspect if I told you what it's about I'll get it wrong. He's one of the later openers. And I love Shakespeare by the Sea, I love sitting in the park by the ocean to see some theatre.