We newcomers have a responsibility to the people on the street, and to its history.

I moved to Gottingen Street because I wanted to be in the middle of a neighbourhood that was alive. Having spent most of my life in Fairview and a number of years in the residential west end, I longed for the foot traffic and noises of a busy street. Gottingen Street has always had a certain allure to me--- it was always the place my parents told me never to go, it was rough, it was gritty, crime-ridden and unsafe. I loved it. So I moved into one of the new condo buildings that have sprung up over the last five years and I have relished every moment. I am one of those evil gentrifiers who over the last 20 years have moved into the old north end, bought low and sold high, meanwhile driving longer-term residents out of the neighbourhood. I rent so I'm not a true gentrifier, but I fit the description otherwise. The difference between me and the stereotypical agent of gentrification is that I believe I have a responsibility as a resident of this brand new building to get out into my new neighbourhood and be a part of it.

In 2011 my condo corporation joined neighbouring condo corps in an unfortunately successful effort to prevent Reflections from transferring its cabaret license to the former Marquee building. Say what you will about Reflections as a bar and the underlying issues of homophobia in Halifax, the core of their argument was noise pollution and decreased property values---my condo corp was claiming that a cabaret-licensed bar would not "fit" in what was essentially a residential neighbourhood.

My first love outside of politics is history and I have spent the better part of 15 years researching my family and the city they lived in---Halifax---in all aspects. One of the responsibilities as a resident of any neighbourhood is to understand how it developed and why it is the way it is today. Gottingen Street, and the entire old north end for that matter, has had its ups and downs, but anything it is not---or has ever been---is just a residential neighbourhood. The old north end has always been a mixed-use community where shop owners lived above their stores, where every corner had a convenience store, where the sounds of the waterfront, the dockyard, permeated the night air. Today's population of predominately single, middle class office workers in no way represents what this community is or ever was.

I feel it is my responsibility as someone with the ability to spend hours in archives and libraries doing research and with skills in writing and website publishing to contribute to my neighbourhood by telling its history. That's why I started my blog The Old North End---reminding my neighbours, who care to know, that the neighbourhood they bought into, the place where they live and the people who make up this community have a rich, long and established history, and that their property values are never going to be negatively affected by a community that is alive. People will always want to move here.

I moved to Gottingen Street because it is a street that is over-spilling with life. We must ensure that we protect long-term residents from the effects of gentrification. That is our responsibility as neighbours. We must continue to foster growth and encourage change. At the same time we must also take a minute to step back and appreciate the history of our community. 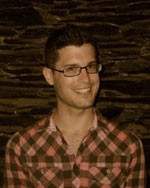 Nathaniel Smith is the owner of the blog The Old North End, an executive member of the Genealogical Association of Nova Scotia and a librarian by training, but works during the day as a political aide to a provincial cabinet minister.

Send your essay ideas for consideration to voice@thecoast.ca