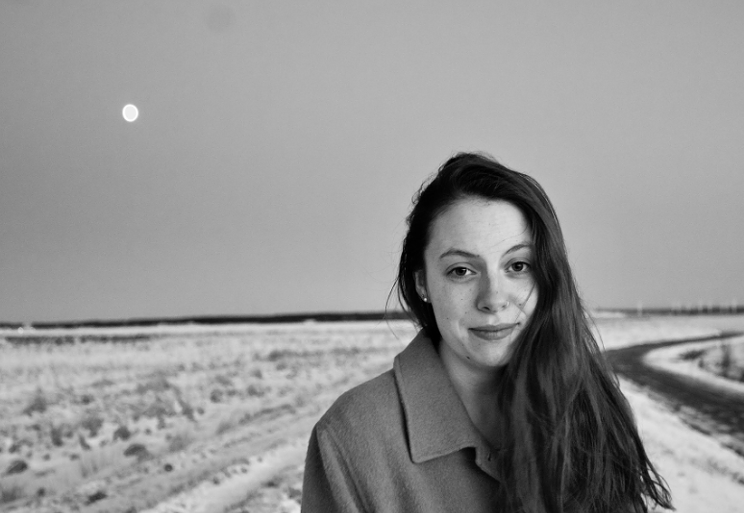 Adelle Elwood—known as her musician moniker Keeper E.—sings about the climate crisis in her new single.

Must-watch music video: The tide is high but Keeper E. is holding on

A fresh new voice in the Halifax scene that's ready to talk about the climate crisis.

Adelle Elwood—better known by her artist moniker Keeper E.—gives life to climate conscious claustrophobia through split-screen in her new video for “Telling The Truth.” The art-pop newcomer has swooned into the scene with her confessional tone that reads like a diary. In the clip, the close-chest tendency of her music is matched with cracking lips and a makeup-free face in clear view of the camera.

The song itself fires conflict under the guise of serenity, with the confrontation coming from a place of anxiety. Hers is a fear over a number of things, but climate change is front of mind for Elwood: Watch her mummified in decaying cling wrap on an otherwise-undisturbed beach, singing about New Brunswick’s 2018 to feel the dread, too. (A student at Mount Allison university at the time of those record-breaking floods, it’s easy to see why the high water mark has left a line inside her mind.)

Elwood makes her concern everclear in the song’s Bandcamp write-up, saying that the floods “seemed like the Earth was literally crying and begging people to take action against climate change.”

Elwood has released two other singles since last September—“Please Don’t Tell Me” and “Leaf in a River”—leading up to her debut EP. As an emerging face in the East Coast music scene, her sincerity and thoughtful instrumentation are hallmarks of an artist to watch.

Take in the video below: