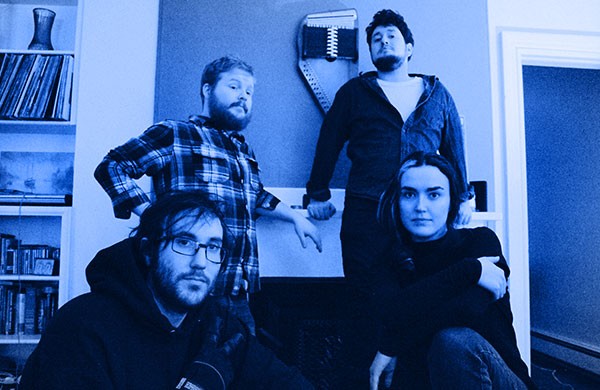 Music review: Fungus’s album Sanguine will grow on you

An addictive listen for fans of Alanis Morissette, Tegan and Sara and Sheryl Crow.

Sanguine is the colour of oxygen-depleted blood, of a scab. It’s also the name of the red sunrise that is Halifax four-piece Fungus’s debut LP. The self-described “goblin rock” band has been quietly building a devoted fan base since 2018 with its particular blend of grunge, country and blues, selling out Gus’ Pub late last month. Now, its new album is a decided step further into the purposefully messy, lo-fi sound that helps make Fungus feel different from all the other scuffed-up sounds coming off stages around town.

Meet the infectious Fungus: The local trio marries 90s grunge with country and blues on its debut EP D’well.


Toeing the line between tight and fleshed-out, Fungus is unafraid of you catching a splinter off its’ rough edges. The churning guitars are a tell of the band’s punk and alternative ‘90s influences, while the deconstructed rhythms play into the best of what alt-country can do. (The song “Blues Jam” feel like a lost track from Sheryl Crow’s Globe Sessions, while the album standout “Grave Robber” slouches in grunge flannel like a Garbage tune would.)


It’s bandleader Vivika Ballard, though, who makes Fungus the sort of band you know you’ll be texting your friends about: She sings like the sonic offspring of Chris Cornell and Alanis Morissette, raised on the back catalogue of Mo Kenney and Tegan and Sara. The best example of this might be on the slow, careful trodding of “Half The Time”, a sonic see-saw tipping you into Sanguine's final four flawless tracks. She stretches out the lyrics “I am here, half of the time/Time is here, only half of mine” over a steadily ascending guitar riff that’ll melt faces until they look like Salvador Dali’s clock.

Fungus follows its bliss: The rock trio debuts a pair of new singles and a trippy new video.


“I can see the end as clear as day now,” Ballard begins on the album-closing “Beringia” before cutting you open with the line “breeze cool as your last words.” Drummer Collin Canning, guitarist/keyboardist Jake Ballard and bassist Ben Matthews keep even step as she marches in the music equivalent of Doc Martens. Here’s hoping it’s not the last word we hear of Ballard’s band.

ICYMI: The week in local book and music releases