Ms. Banks is on fire 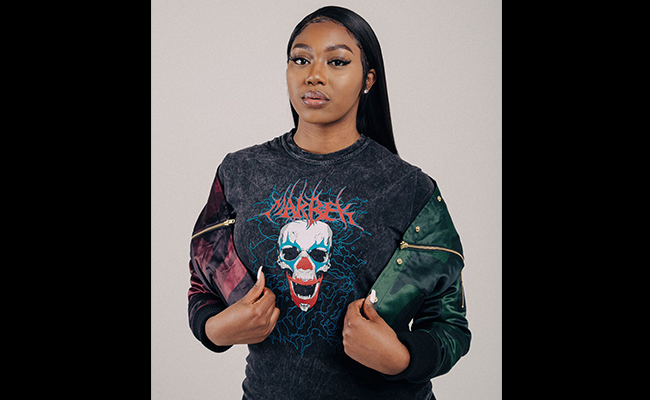 The rapper Ms. Banks comes with confidence and swagger all wrapped in a British accent. Her rhymes are politically charged, fully feminist and viciously delivered—disarmingly, thrillingly so. The south London woman Vice calls "one of the most important women in UK rap" is all of 22 and was inspired to rap by the likes of Lil Kim, Ms Dynamite and Foxy Brown. (Her given name is—really—Tyra Banks.)

Best known for the six-minute freestyle on the BBC radio show Fire in the Booth—"Root chakra is the stem and my crown is the flower / so I can't mess with anybody some of you need a scour / take her for granted cause you sweet can turn a good chick sour"—she just dropped a new video for "OMG," in which she bikes around in a bodysuit and wraps in a red fur number. Catch her before the world grabs hold.