Neptune’s comedy about an unfulfilled middle-aged woman has a seriously satisfying cast. 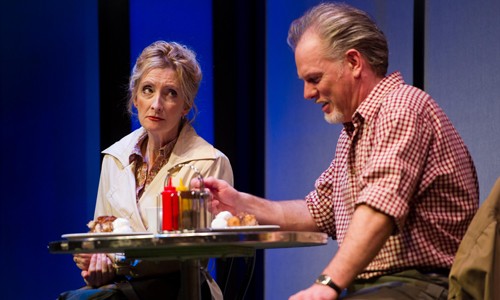 Men, beware! You may well find your wife wants to dissect the state of your union after seeing Mrs. Parliament's Night Out. It's the story of an unfulfilled middle-aged woman (played with coltish charm by Sheila McCarthy) who suddenly realizes that life is short. She seizes the day by enrolling in multiple, wacky activities where she meets the handsome Steve (J.D. Nicholsen), which forces her to consider leaving her humdrum husband behind. Teresa Parliament's world is filled with a cast of memorable minor characters, from caustic neighbours (the hilarious duo of Sherry Smith and Wade Lynch) to a green grocer with a heart of gold (Bill McFadden in an outstanding turn). Also outstanding are Patrick Clark's spare and elegant set and playwright Foster's trademark zippy one-liners. But gentlemen, prepare yourselves for some enforced soul-searching on the way home. —Kate Watson