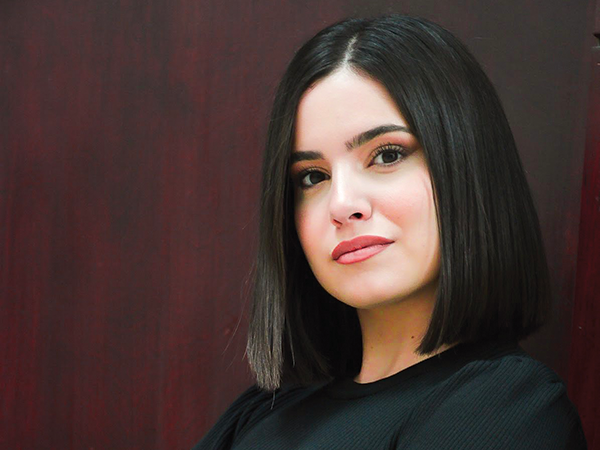 O riginally from Lebanon, Elsy Makhlouf left home in pursuit of a public relations degree at Mount Saint Vincent University (MSVU). Coming to Canada as an international student was an adjustment, but she never felt like a stranger at MSVU.

"Professors supported me in every step along the way, and I was able to make tremendous improvements with the help of scholarships," Elsy says.

After receiving support from the community and achieving recognition through these scholarships, awards and nominations from MSVU, the Canadian Public Relations Society of NS, the Lebanese Chamber of Commerce and the National Research Council of Canada, Elsy felt inspired to start her own company: Lively Public Relations and Branding Inc.

Lively is a creative agency that works with local businesses to build brand awareness and community connections. She helps clients reach their desired spotlight to help them find valuable and lasting connections with the community and beyond.

"If not for MSVU, I wouldn't have been able to believe in myself and my skills, and open my own business," she explains. Elsy gave it her all, and threw herself into entrepreneurship. She figured there was nothing to lose by just offering her well-developed skills to those who could benefit from them.

With a devoted team by her side, and support from the Centre for Women in Business at MSVU, Elsy navigated through the first steps of owning a business. Managing her courses and co-op placements along with the full-time business were some of the major challenges for Elsy.

"I remember during my second co-op term, I had 11 interviews in one day. I was very overwhelmed, and the office and staff were there for me. They checked on my stress, and to see if I needed anything."

"I was able to gain diverse work experiences, which helped me grow and believe in myself. MSVU doesn't just open up opportunities for you, they also motivate and believe in you."

Elsy says that MSVU sends out a lot of volunteering/work opportunities for students, and suggests that students take advantage of anything that comes their way. By her first year, she had already become extremely involved within the community, between volunteering with the Atlantic International Film Festival, the Halifax Jazz Festival, the UN World Interfaith Harmony Halifax and more.

She loves to communicate through writing, speaking and other multimedia and recommends MSVU's public relations program to anyone who has similar interests. Elsy has called the classes both interesting and engaging, and says that the hands-on co-op experience is invaluable for life outside of school.

After two years of running Lively Public Relations and Branding Inc., Elsy has reflected on her time spent at MSVU and how glad she is that she chose this school. The most valuable lesson it taught her was the importance of believing in herself and knowing that her most ambitious dreams can come true.