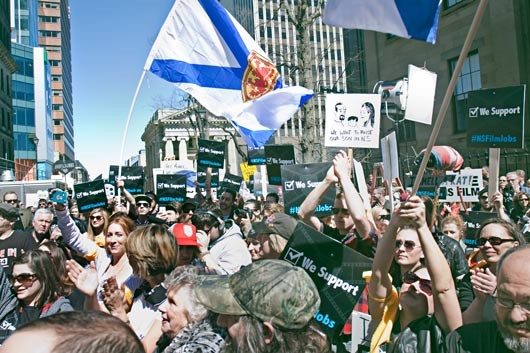 Little else this past year came close to the enraged hysteria churned up by #NSFilmJobs. The Liberal government’s spring budget eradicated Nova Scotia’s film tax credit, sending the industry into a nosedive and igniting a firestorm of protests. Rarely does a crowd assemble at the legislature in such numbers and with such high production values. Further talks between film lobbyists and the government enacted a sort-of replacement, but by then the damage had been done. The loss of tax credits and the intense confusion of the situation have scared off new productions for the immediate future, forcing many to bid farewell to Nova Scotia.