This weekend’s plethora of shows prove that every good showcase deserves a no-case. 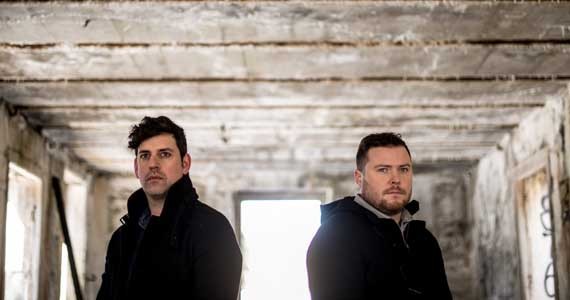 Halifax will no doubt be abuzz for East Coast Music Week's stacked showcases, but the influx of talented musicians in town also allows for some significant unofficial concerts. This year's no-cases include high-profile shows hosted by the Night Danger stage, the Halifax Pavilion and The Now Case, geared towards audiences young and old.

For starters, a revitalized In-Flight Safety will perform at the Marquee Club on March 9 as part of the third annual Night Danger Stage. The show marks a new chapter for the Halifax-based band, as they have reinvented themselves with an altered lineup and a fresh batch of songs. Once a four-piece, the band now consists of frontperson John Mullane, drummer Glen Nicholson and a number of rotating guest players.

Though this is a significant change for the group, Mullane says restructuring the lineup was a necessary move to carry on.

"We kind of modernized the band. It's impractical when you've been together for eight or nine years and you're not making a million dollars," he says. "The approach is still the same. We've always had an extended group of friends help out the band since day one, whether it's singing harmonies on a song or bringing a couple of guys on tour."

The band has been working on a variety of upcoming projects, including a revamped website, a new single and a new album.

The single, entitled "Destroy", will be released this week via a stream on the group's updated website. Also included will be a remix of the band's 2009 song, "Torches". This new version features vocals from Rae Corcoran, an In-Flight Safety fan the band discovered through her cover of the song on YouTube.

Mullane was so impressed by her version that he sought the singer out through Twitter.

"I had this epiphany where I thought that the songs aren't really ours anyway," says Mullane. "When people sing them back to you, it's not the same song."

The band is currently working on a new album that will likely be released by the summer. With these new projects and the band's string of upcoming gigs, Mullane hopes to recapture In-Flight Safety's original spirit.

"We're trying to create an event that will get us out of a conference room-style show and back into the rock clubs," he says. "It's been a long time for our fans and we feel like we need to offer them something."

If you're too young for bar shows, there are also three all-ages shows happening this week at the Halifax Pavilion. Rich Aucoin (with Radio Radio andThe Town Heroes) and Ben Caplan will headline back-to-back nights at the venue on March 8 and 9, while Halifax metal band, Black Moor, will be playing a matinee set on March 8.

For The Pavilion's Youth Association director Chris Smith, it's significant for such established acts to be accessible to young fans.

"It's important to have high-profile all-ages concerts like those with Rich and Ben because it will engage more youth around the event and hopefully build a larger and stronger all-ages music scene in Halifax," Smith says. "I'm hoping they'll reach some kids who traditionally don't come to local shows and convert them to regular show goers."

Caplan, nominated for two awards at this weekend's ECMAs, also appreciates the importance of playing to young audiences. "I've been hoping to play an all-ages show for...ages," he says. "I remember being that frustrated 16-year-old who couldn't go see any shows. It sucked."

These no-cases, on top of the numerous official ECMW shows, will ensure there's no shortage of music to experience in the coming days. Better start mapping out your schedule.