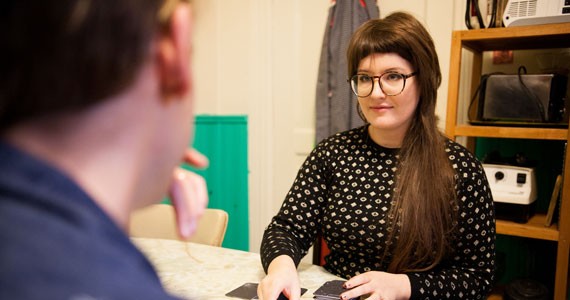 Reading tarot cards is a cool party trick or a fun Sunday afternoon activity, but it's also an ancient form of divination is designed to uncover the deepest, darkest parts of the mind. "There is actual power to be had through the tarot deck," says tarot reader Christel LeBlanc. This year, the local graphic designer and NSCAD instructor created a tarot deck to add her own interpretation to the occult tradition. And its power is off-putting.

"When I showed my mom the deck, she jokingly threatened to burn it, but it was a serious feeling," LeBlanc says. "I started to ask her if she thought the tarot had a real power, if the fear of the tarot legitimizes its power." I interrupt to say that my mother would never allow a Ouija board in the house. "Exactly," she says. "That's the same kind of fear that makes it real."

But tarot cards are simply 78 illustrated pieces of paper. Why shy away? "Ultimately, the fear is of ourselves, the fear of self-knowledge" says LeBlanc. "The cards are meant to reveal."

With origins in the Middle Ages, tarot decks have evolved over the centuries, infused at every turn with new meanings, new mythologies and different forms of imagery for reading. "A lot of the basic imagery of the tarot comes from the 15th century, both in Christendom and Islam," LeBlanc explains. "The most widely used deck now is the Rider-Waite version, commissioned by Arthur Waite, one of the major figures of occultism in the 1800s. A Freemason and contemporary of Aleister Crowley, Waite spent years refining his 1909 deck, which became the standard one."

Waite was one of the first to illustrate all 22 cards of the Major Arcana–composed of concepts like The Lovers, The Wheel of Fortune and Justice–and the Minor Arcana, 56 cards in suits of Wands, Pentacle, Cups and Swords. He established a new egoistic way to read symbols.

"Every image on the card has a meaning; every colour, every number, every symbol. Just one card can contain so much information, allowing the seeker of the tarot to dig deeper," says Amanda Scott of Littletoes Tarot Readings, a tarot specialist of over 25 years. Even though the tarot imagery and symbolism has its origins in Christianity, the practice has moved away from it.

"Some of the card images in most decks are very violent," explains LeBlanc. "A lot of them come from the commedia dell'arte, from theatre, pantomime, from Christian passion plays. We see a very dramatic good-versus-evil battle in the cards, but of course the imagery is a blend of local folklore, witchcraft, astrology, paganism and Roman history. It's an example of how Christianity was never a monolithic set of beliefs, but cultural and localized and regional."

The framework of Christianity is helpful for most modern readers of tarot, but the actual practice of reading cards is essentially non-religious. Perhaps that's why some consider it a black art.

By the 20th century, after brushes with the mysticism of Carl Jung and science of Sigmund Freud, the tarot's purpose and function became closer to modern psychology than institutionalized religion. As a symbolist, Jung popularized ideas of self-mythology, while Freud centralized hidden consciousness. The result is a psychology that justifies intelligent readings of the tarot.

Looking to the Rider-Waite deck, with an eye to the simplicity of symbolism, LeBlanc began to design her own deck that further refines the imagery of the tarot for the reader. "I wanted to take the complexity of the Waite deck and turn it into universals, with the simplest but most meaningful form I could think of," she says. "Because the deck itself is my interpretation, I'm reading the imagery of the original cards and creating an image that will then be interpreted again, in a new way. There are multi levels of interpretation at play here."

Take LeBlanc's version of the Hermit Card, for instance. In the Waite deck, it appears as a singular, aged figure holding a dim lantern. In LeBlanc's minimalist version, The Hermit is represented by a small lonely black triangle with only the suit being identified in text.

"If you draw this card in a reading, it could mean you're being solitary by choice," LeBlanc explains. "It could be loneliness, separation from the herd or family, asceticism, religious devotion. So even something that seems clear-cut and simple can quickly turn into a personal interpretation. You can even have opposite interpretations of the same card.

"I used triangles because the more imagery you have on a card, the more leaning you have towards a particular system of symbolism. But the triangle, which could be anything, not only universalizes what's being conveyed but fragments the possibilities into disparate paths."

The purpose of the tarot is to use the symbols to construct a story or narrative about desires, mental patterns and to draw out the more occult preoccupations of the complex mind. Preparing to read my own cards, I asked LeBlanc about her preferred layout, of which there are many different forms. "I like the simple three-card layout, the triad," she says. "In the Freudian sense, it can represent the Id, the Ego and the Superego; it can also represent time in the past, the present and the future. It can be a way to start general and get more specific."

I told her that the Nine of Swords routinely turns up in my readings. In the Waite deck, the card shows a person awake in bed, face buried in hands, with nine swords in the background to indicate unfounded but excessive mental activity. As we drew and flipped three cards for a reading, the first in the triad was the Nine of Swords. "See! There it is," I scream, genuinely freaked out.

"That's really weird," LeBlanc says. Her husband is watching, and says we must have rigged the deck. But we didn't. And that is the mystery of the tarot. I shuffled and drew the cards myself.

Amanda Scott informs me that recurring cards are common. "There could be a meaning behind that card that you might be missing. There is a lesson you need to learn but aren't getting yet," she says.

It's true that I'm a worrier. (Now I'm a little worried about this.) But it's an example of how the tarot can powerfully draw out the psychological patterns of the mind. At this point it's up to me to construct and then deconstruct a meaning. The other cards showed overcoming it.

"That's what's intellectually fun about the tarot," says LeBlanc. "You get a jumble of possible meanings and you get to tell a story about yourself, to reflect on your actions, to interpret your life."

Her minimalist deck opens that interpretation even wider through simplicity.

"The tarot is a tool that can be an extremely useful guide," explains Scott. "People always want to know about the big things: money, romance, careers. But increasingly, people are asking more questions that are spiritual in nature, wanting to know what is beyond the material world."

The tarot's spiritual elements call back to its original purpose, to uncover the occult.

With plans to produce and sell her clean, elegant deck, LeBlanc will continue to study and learn the meaning of the tarot, inviting everyone to flip a few themselves. "You're setting yourself up for a revelatory experience," she says. "Maybe people aren't prepared for what comes up, but they automatically make connections and I think it's an unavoidably emotional experience.

"Even if it's an accident, having someone know or show something about yourself, and get something right about yourself, can be incredibly powerful. You give yourself permission and freedom to create your own meanings. How cool is that?" 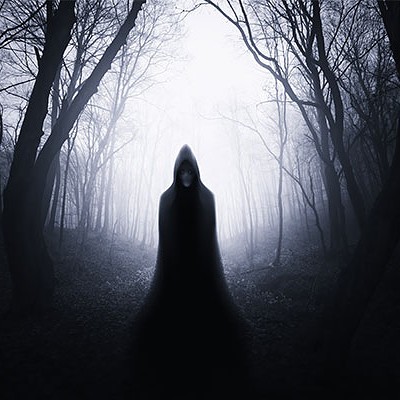