MIMI or A Poisoner's Comedy 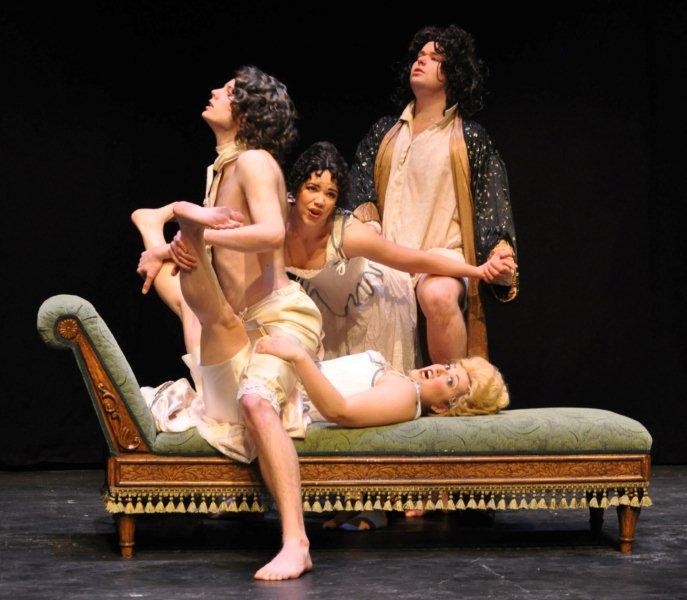 It’s not often that “feather-light”, “sexy” and “serial killer” belong in one sentence, but for MIMI, a light-hearted musical comedy about a comely, hedonistic 17th century mass murderer, the words go well together. This is a show that’s all romp, from its opening ménage à quatre through Mimi’s discovery of the pleasure and power of poison to her untimely, but surprisingly well-met, end. The music is quite lovely and the lyrics are witty, with much of their cleverness coming from word play in French and from double entendre, but you have to be quick to catch it all. The ensemble cast is outstanding, both comically and musically. Kirsten Howell’s Mimi is delightfully insouciant and saucy. Karen Myatt shines in multiple roles, but especially as an elderly, cranky inmate. Zach Faye does a terrific job as the hayseed turned lover, strutting and rutting with comic flare. Kyle Gillis’s sashaying and preening Louis XIV will make you laugh out loud, and Marty Burt gets even more laughs as the world’s most melancholy detective. But the highlight for me was Garry Williams hysterically funny portrayal of the limbless beggar Torçeaux. MIMI is definitely not heavy fare, but who doesn’t love dessert?