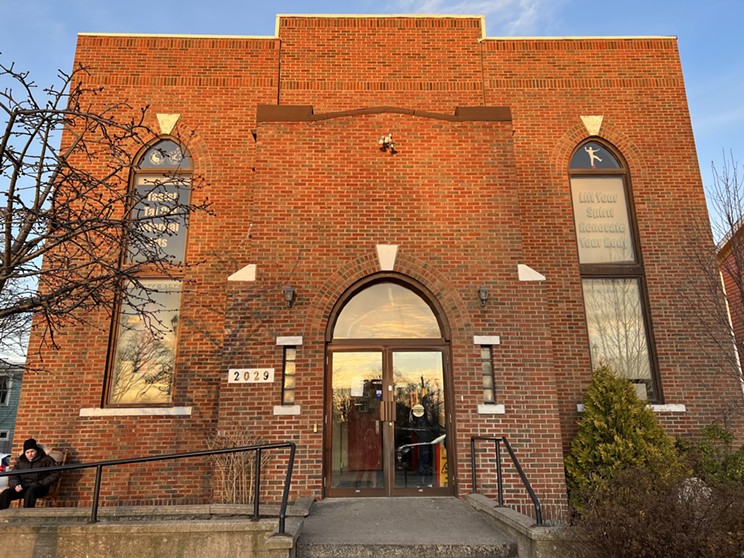 The Coast
The shelter has operated since January 2021, beginning with 25 beds and adding 15 more in May.

The Mi’kmaw Native Friendship Centre has long been a place for urban Indigenous people to find resources, community and even housing. But the centre’s shelter at 2029 North Park Street, the former home of the Taoist Tai Chi Society, has only existed since January of this year.

There were 25 beds in the beginning, and 15 more beds were added in May, bringing the total to 40 much-needed beds as the Halifax housing crisis continued to worsen. The number of unhoused people in Halifax was estimated to be over 300 this past summer.

But the people sleeping in those 40 beds will soon be back out on the street with nowhere to go, as all other shelter beds in the city are full.

According to an internal memo sent to staff on Monday, December 13, “the lease ends December 31 2021,” for the North Park Street building, and a new one hasn’t been signed yet. Funding from the province for 2022 also hasn’t materialized.

“All existing staff members have contracts that will end on December 31 2021,” writes Pam Glode Desrochers, the MNFC’s executive director, in the memo obtained by The Coast.

Adding to the funding and contract issues, Glode Desrochers also admits that in a haste to open last January with just three weeks of planning, “many of the cultural plans were not implemented.”

The letter ends by saying that the centre will spend the next few months restructuring, doing the work to obtain tools and resources to reopen the shelter in a better way in 2022, and will hire people with new job descriptions.

The MNFC’s website currently has four openings: a ni’kmaq (family) guide, male mentors, respite workers and a database program coordinator. But there's no guaranteed rehire and in the meantime, those frontline staff are without work.

The Coast
The Friendship Centre plans to build and open a new shelter on College Street, but it currently looks like this.

The Friendship Centre does have approval and funding to construct a new building, a 30-bed, 10-room shelter that will be built at 5853 College Street. A $2,878,400 grant from the Canadian federal government was received through the Rapid Housing Initiative (RHI) program last November, and permission from the city was granted in February 2021.

According to the RHI program requirements, the project must be completed within a year. But a site visit shows construction is not very far along, with the foundation still being laid for the new shelter.