Toxic masculinity can create a barrier to seeking help, with devastating consequences. 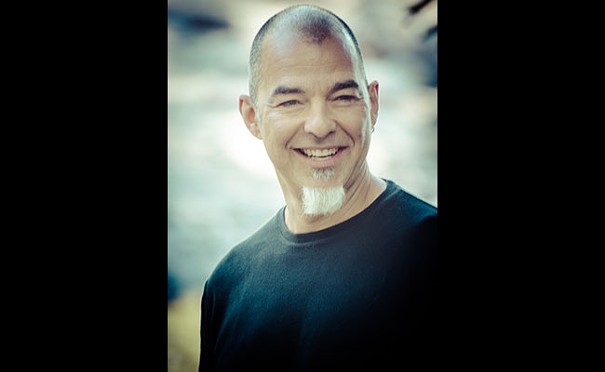 SUBMITTED
Nick Cardone is a registered counselling therapist candidate in Nova Scotia, working in mental health for over 15 years. He owns Free Range Therapy, a private therapy service that takes clients out for a hike, rock climbing, geocaching or a walk, all while exploring their mental wellbeing.
Recently I was on a hike with a male client who was sexually abused by his father and was currently struggling with chronic depression, an addiction to prescription drugs and under-employment. Walking side-by-side this particular morning, we happened across a bullfrog—likely injured from some predator—dragging a bloodied limb behind. He stared for a while—tears appearing on his cheeks—seeing the metaphor in his life from a new perspective.

“Someone hurt me...I am struggling to survive...I need help.” This experience became a catalyst for a deeper insight and motivation for change. It’s a “therapeutic technique” I could not have made up in an office.

On the one year anniversary of the Lionel Desmond tragedy, I am reminded of the staggering statistics surrounding men and mental health. Three out of four deaths by suicide are men. One in 10 men will experience major depression or anxiety in their lives. Making matters worse are the poor help-seeking behaviours of men. While some say this is a function of “stigma surrounding mental health,” it is important that we look a little deeper into what this might mean. Recognizing that gender is better defined along a spectrum—rather than the binary of male or female—toxic masculine culture tells us that getting help is not “manly.”

The vast majority of traditional mental health services (in North America, at least) involve one or two options: Individual or group therapy. Both of which are typically talk-based, time-bound, held in an office-setting and physically sedentary. Taking responsibility for another stereotype here, how many men or boys feel comfortable sitting in a chair, in an office, talking about their feelings? If therapy options connected better with how men tend to “show up” in the world, I believe we would see a shift in the statistics above.

The invitation here—to both clinicians and clients—is to expand our understanding of where and how therapy happens. The key, I believe, is to offer a series of therapeutic options in the hopes that one or more will have greater resonance with men and boys needing help. Adventure or wilderness therapy, expressive or arts-based approaches, incorporating physical activity, community service projects or non-traditional settings (like a park bench, a local walk or chatting over breakfast) are but some of the ideas already in existence.

Recently completed, the TONE project (Therapy Outside Normal Environments) was a two and a half year long men’s mental health pilot funded by Movember Canada, where adult men participated in a free, three-month group therapy program that incorporated adventure, nature, physical activity, volunteer work and expressive therapies. By all measures that were used to assess results—including a three percent drop-out rate, a stat that is unheard of in traditional therapy—TONE was a resounding success.

It is my belief that many men and boys benefit greatly from the traditionally offered therapy services available to them in Nova Scotia. More importantly, there are many men and boys who struggle with getting help, not just because access to it is difficult, but because therapy as we see it traditionally does not connect how men and boys access their inner states. Like having different learning styles, I believe clients (and clinicians) have different therapy styles that have greater resonance with them. A hike in the woods, sitting on a rock by the lake or going rock climbing, all while exploring their depression, anxiety or trauma, can have a momentous effect.