Meet the Atlantic artists longlisted for the 2016 Sobey Art Award 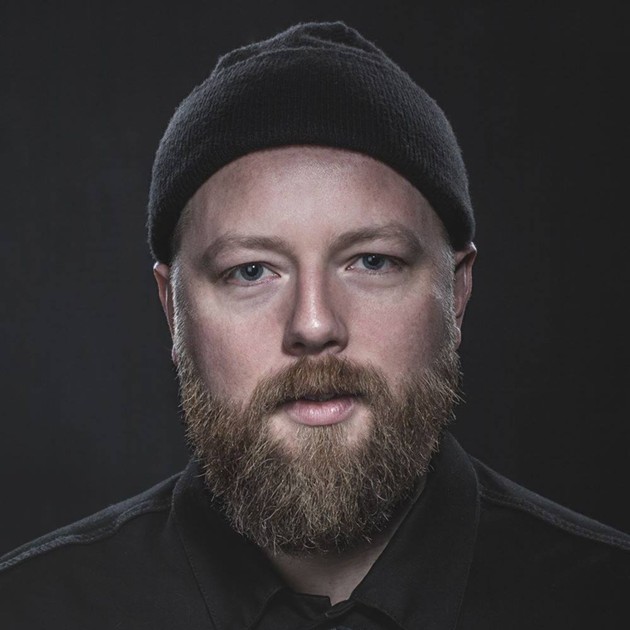 Meghan Tansey Whitton
William Robinson is on the longlist

Since 2002, the Sobey Art Award has been the largest prize for contemporary artists in Canada in the history of Canadian art. Established by The Sobey Art Foundation and named for collector and grocery magnate Frank H. Sobey, the prize is now worth $100,000, with $50,000 going to the winner and $10,000 going to four finalists who make up the shortlist. The five finalists represent the best in artistic provocation, innovation and overall conceptual merit, selected from a five-person regional list (West Coast & Yukon, Prairies & North, Ontario, Quebec and Atlantic).

Hosted by the Art Gallery of Nova Scotia since its inception, it was announced last December that the Sobey Award will now be hosted at the National Gallery of Canada in Ottawa. While Nova Scotia will lose that annual national spotlight, the move centralizes the art award to the nation's capital and also allows the AGNS to dedicate more time to programming.

While one finalist from each region is selected for the shortlist, an Atlantic artist has yet to be awarded the grand prize. But this year, like every year, the Atlantic offers exceptional talent, and last year's Atlantic finalist Lisa Lipton has been longlisted again, along with four other artists: Halifax's William Robinson, Jerry Ropson, Ursula Johnson and Jordan Bennett.

"I'm stoked about being longlisted for the 2016 Sobey Art Awards, who wouldn't be?," says Lipton (AKA Frankie Frankie), the Halifax-based multidisciplinary artist. "It's a pretty significant year to be highlighted. I'm gearing up for the premiere of THE IMPOSSIBLE BLUE ROSE this fall." The film is a highly conceptual artistic experience that incorporates performance art (Bayside Jaguars VS Deep Chaos), complex installation pieces and an auto-biographical cinematic multi-series.


"I'm almost finished the final chapter and feature film," she explains of the diverse project that she's been working on for three and a half years. The film stars fellow artist Josh Salter and a number of Halifax locals. "I can't wait to put it out in the world and finally pronounce THE END."

Joining Lipton on the longlist is Halifax-based William Robinson, a grant-winning multimedia artist whose work has been shown at various Halifax galleries, with an upcoming performance at the OBEY Convention and a solo exhibition at Gallery Sans Nom in May in Moncton, NB.

"Representing the Atlantic region, as one of the longlist nominees, evokes a strong feeling of gratitude for the people, communities, and organizations throughout Atlantic Canada who have supported and inspired my artistic development and practice," he says. His work often challenges the properties of materiality and aural movement. His installation Young Prayer was shown in churches in Australia, Toronto and Halifax, described as an "electronics-based kinetic sculpture that functions as a guitar smashing and feedback machine" to celebrate unique auditory effects. 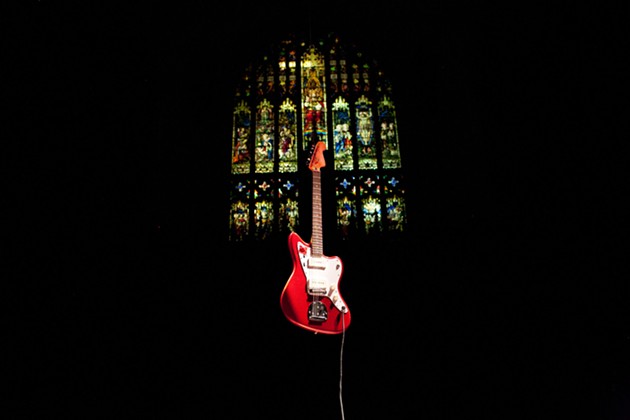 Jeff Bierk
Young Prayer at Scotiabank Nuit Blance in Toronto (2011)
"The Sobey helps to introduce and expose a nominated artist's work to a wider national and international audience, which can only positively benefit their career," Robinson says. Past award winners and nominees have gone on to worldwide acclaim; he's excited to be among them.

"Ursula, Lisa, Jerry and Jordan are all unique and intriguing artists. I admire all of their practices and achievements," he says. You can view the full list of nominees here. The shortlist of nominees will be announced in June, and their works will be on view at the National Gallery from October 6 to February 5, 2017. The winner of the 2016 Sobey Art Award will be held at a gala in November. 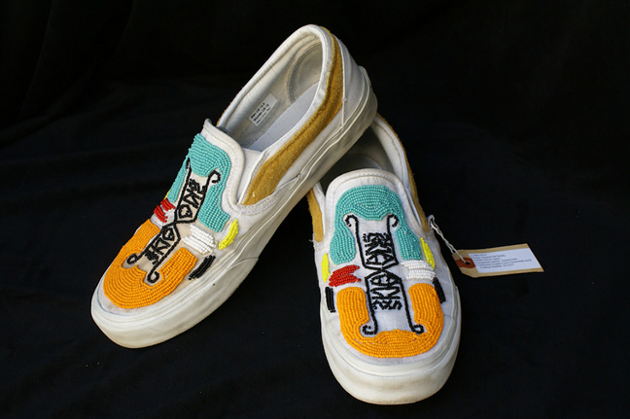 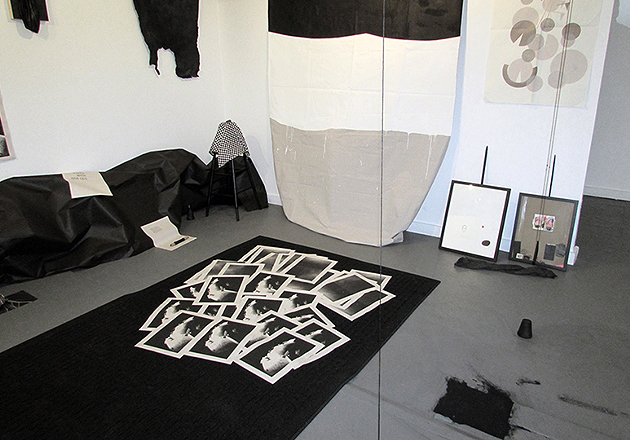