The world belongs to Halifax's Meaghan Smith. She had tea with Rick Rubin. There were turned down private jet invitations and then a major record deal; not to mention a song appearance on a little show called Grey's Anatomy. 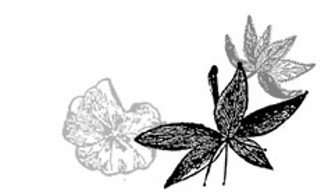 It's early evening on the first day of August, but it feels more like late September---blustery wind capped by threateningly grey skies. Meaghan Smith walks into a north end cafe, sits with her back to the room and waffles between the soup and the pizza before deciding on the latter. She's small and unassuming, not soft-spoken exactly, but not brassy either. She has a deadpan delivery to be reckoned with and a sense of humour that takes some time to uncover. It pops up here and there in her songs when she's not busy breaking your heart.

It's all sort of business as usual, this situation---a Halifax artist eating pizza on a Friday night when it might rain or it might not, talking about music.

Except that for Meaghan Smith, it hasn't been business as usual for the past year. She had tea with Rick Rubin, for instance. And then she started finding herself on long airplane rides between Los Angeles and New York, with stops in Toronto and Montreal. And then one of her songs was placed over a montage in a late-season episode of Grey's Anatomy.

And then she had a major-label record deal.

Meaghan (pronounced "mee-gan") Smith, the second of four sisters brought up in London, Ontario, has been making music for the better part of a decade. She moved to Halifax to take a job as an animator on Poko and started playing open mics despite performance anxiety that once induced vomiting. "I heard this interview with Patty Griffin about stage fright," she says, "and she said, 'The only way to get over your stage fright is to go through it.' I took that to heart and just accepted the fact that I was really gonna suck until I didn't suck anymore. And I'm still working on it."

In 2004, she recorded her debut Lost with Directions with Karl Falkenham in CBC's Studio H, where some of Smith's peers and favourite musicians have also made albums, such as Jill Barber (Oh Heart) and Rose Cousins (If You Were for Me), who would eventually team up with her to record last year's holiday hotcake A New Kind of Light.

By 2006, the Poko job had evaporated and she decided finally to make music her focus. She headed to Hamilton to enlist Les Cooper, Barber's producer on For All Time, to record the 11-song album---listed under Take Me Dancing in some Halifax iTunes libraries---that would become The Cricket's Orchestra.

"It became serious one day---I don't know what triggered it, something must have---I just wanted to try really hard to make an album I was really happy with and to see what would happen," she says. "If I settled down and had kids and got into a more routine kind of life, I would always really regret not trying. So I had to give myself the chance to try. That's what I did with this album...I spared no expense, really I did, 'cause I spent all my own money, but I spent all my everything---I wrote the best songs that I could, I just did the best that I could, for myself."

After recording was finished, Smith planned to release the disc herself, but there were hold-ups at various stages, as there always are, and the disc wasn't fully mastered until September of 2007. Armed with a stack of demos, she attended the Atlantic Film Festival, which has considerably beefed up its Music and Image program in recent years, and handed them off to anyone who would take them, including a few music supervisors from LA looking for decent local shopping.

"So I hung out with them the next day, gave them the tour, showed them downtown. From that day they collectively decided to listen to my music," says Smith. "They get a lot of demos. I actually went to their offices and there are just piles and piles of CDs stacked to the ceiling, no exaggeration. So the biggest thing is getting my music just listened to. And the fact that they liked the music was a bonus. So they kind of championed it." (It was through her Halifax-made connections that Smith met Alexandra Patsavas, one of the premiere music supervisors currently working in television, who's responsible for breaking many bands via The OC and now handles Mad Men, Gossip Girl, Without a Trace and Grey's Anatomy, which used the Cricket's closer "5 More Minutes" in its May 1 episode.)

A series of industry showcases for managers, label reps and "whoever wanted to come" were lined up in LA, New York and Toronto.

"And they were really, really awkward. They were terribly awkward shows to play," says Smith. In Toronto, "it was this feeling of everyone there, except for Mickey Quase, like 'We want you to impress us.' I couldn't think of it like that, so I tried to think of them just as people who like music and that's how I approached it. I felt more comfortable in LA. It was so crazy anyway and I really had nothing to lose, so I was like, 'Whatever, if people don't like me, I'll never come back,' you know?"

It was after these showcases that Smith's repertoire of seriously?! stories began to build. She shares them reluctantly and with wide eyes, like she can't believe she's not making them up, like the one where she goes to Rick Rubin's house for tea on his invitation. ("That was crazy.") Even the tale of landing a deal with Sire Records---a branch of Warner Music that's home to a small but diverse roster including Depeche Mode, Regina Spektor and Against Me!---shouldn't be all that exciting, considering it's about contract-signing, has an air of pipe dream about it.

In February,
Smith was in Montreal to meet with Eric San, AKA Kid Koala, who contributes scratches to a song on Cricket's.

"I got a call from my manager, 'Tom Walley'"---the CEO of Warner America---"'wants to fly to Montreal and have lunch with you on his private jet.' And I was like, 'that's the most ridiculous thing I have ever heard!'" she says. "Does he not know? It's so bad for the environment and he's going to come to Montreal in February for lunch? That's so dumb." The counter offer was a same-day domestic flight for Smith from Montreal to New York, which she also turned down. "I said, 'Well I'm not coming up today, I'm hanging out with Eric.' It was the first time we'd ever met and he'd had me to his house and I was having a great time, I just didn't want to leave. I think the fact that I didn't drop everything that I was doing and go sign a deal really made them more hungry and intrigued and I got a better deal."

Sire will release The Cricket's Orchestra as a four-song EP on September 23, then the entire 11-song LP early next year. It's a record that, like those made by her friends Jenn Grant and David Myles, should have no trouble crossing genres and demographics. You could give it to your mom or your cool sister or that hip-hop head, and they'll all find different things to love in its alt-country-jazz-standards-pop hybrid and dips into turntablism and gospel.

"I'm virtually unknown everywhere, and they kind of liked that about me," says Smith of Sire. "I think that excited them, that they're starting completely from scratch, it's a blank canvas. It's very collaborative though---I have a lot of say in how things happen and they, as of yet, haven't done anything I'm not 100-percent comfortable with. If I'm not comfortable with it, they don't do it. I hope it stays that way."

Tomorrow she heads out to the west coast for a video shoot and then media training. ("Does it seem to you that I need media training?" she asks, half-serious. It does not.) And then in the fall she heads out on tour with Ron Sexsmith, where she'll be accompanied by her husband of three years, Jason Mingo, who plays guitar. They just bought a house in Timberlea. It's looking unlikely they'll be spending much time in it.

"I'm not a spotlight whore. I don't care about that kind of thing, I care about making my music. And I know people are going to be shocked---good friends have been like, 'That's not you, you don't have that kind of personality,'" says Smith of her new life as a major-label artist. "That's a stereotype though---who's to say that I don't? It really is all about my music. I'm not a schmoozer, so it's obviously my music that's doing it. It's not my sparkling personality."