Harm reduction needs to include youth—just saying no to drugs isn’t enough. 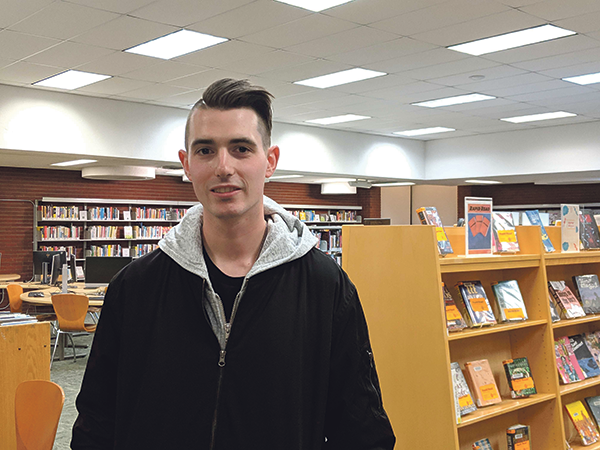 THE COAST
Matthew Bonn is program coordinator with the Canadian Association of People Who Use Drugs (CAPUD).

The city of Halifax mourns this week after the fatal overdose of 15-year-old Miya Harris.

It’s believed Harris’ overdose was caused by MDMA (AKA Molly) laced with fentanyl—two drugs that should never go together.

Harris’ death was preventable: the downstream result of the criminalization of drugs which leads to increased uncertainty of the current drug market which has seen a rise in toxic and deadly drugs being cut into traditionally safer drugs like Molly.

There was another youth with Harris who also overdosed last week but it wasn’t fatal—hopefully there won’t be anymore deaths from this fatal batch of Molly.

Since COVID-19, Nova Scotia has had two overdose deaths, both by substances laced with drugs much more fatal than what the person thought they were taking. Last year in Nova Scotia 57 people died of a confirmed overdose, five fewer than the number of COVID-19 deaths in our province.

“It’s scary because it’s impossible to predict what’s in the street drug supply, since we criminalize drugs and don’t regulate them,” says Thomas Brothers, a resident physician training in internal medicine at Dalhousie University.

Unable to predict the supply, preventing the same thing happening again comes down to authentic harm reduction education. We know everyone is going to experiment with drug use so the question should be how do we make sure people using drugs are safe.

As someone who has been using drugs since I was a young teen, I know many people don’t feel safe talking about their drug use. I used drugs most of my life and was never able to talk to anyone about it, but it’s important to recognize that drugs are not the problem, it’s the context and setting they are used in that can become dangerous and sometimes fatal. Because drugs are criminalized, it’s very hard to be open about experimenting, but doing so with your peers can be life-saving.

People have been altering their state of mind since the beginning of time and just because you use them, doesn’t mean that you are a bad person—everyone experiments with some sort of mind-altering substance throughout their lifetime. Some people drink caffeine and alcohol, some people use cocaine and MDMA. They are both OK.

Brothers says he hopes people using drugs or looking to use them “can feel safe, supported, and get the education they need in a nonjudgmental way.”

There are a lot of tips for using drugs safely that you may not hear from your parents or teachers: Never use alone, test your drugs before you use them, use safe supplies, carry naloxone and to know your rights under The Good Samaritan Act.

Anyone can get Naloxone from any pharmacy through Nova Scotia’s Take Home Naloxone program or community-based organizations such as Mainline Needle Exchange. Naloxone is the life-saving drug for opioid overdoses and has reversed countless overdoses all over the country. But Naloxone is only effective when people have it on them and aren’t using it alone.

“We ask people to use it with other people and to carry a naloxone kit. With COVID, people are more alone and the drug supply has become even more poisonous,” says Brothers.

COVID-19 has changed the way we interact with our friends, but there are apps like the Be Safe App for using drugs virtually with friends or peers. It’s so important you talk to your friends about the drugs you may be using, it can save your life.

So far in Nova Scotia there have been 11 confirmed overdose deaths in 2020. This is down from last year, but doesn’t mean the opioid crisis isn’t killing people in our region. It needs to end and we need provincial governments to step up and support harm reduction initiatives.

We don’t have a strategic comprehensive drug testing strategy in our province, we don’t even have support for point of care fentanyl test strips. If you want your drugs tested in Nova Scotia one of your only options is to mail a small amount of them to Get Your Drugs Tested in Vancouver. Cities like Vancouver and Toronto that have been implementing life-saving harm reduction services such as drug testing through mass spectrometers for a couple of years.

As COVID-19 has shone a light on the health disparities people who use drugs face, we need to be outraged. The government has shown what it can do when it comes to a crisis, just not the overdose crisis. Nova Scotia still doesn’t have a comprehensive safe supply program either. A safe regulated pharmaceutical supply is obviously safer than fentanyl and fentanyl analogues.

Harm reduction is necessary, and it should include youth. A study in the Harm Reduction Journal about messaging towards young people says that their voices are needed in the planning of harm reduction efforts “to ensure that approaches are relatable and meaningful to young people.”

Harris loved to be with her family, her uncle told reporters after her death. Her family believes it was her first time taking substances like MDMA. Harm reduction measures need to be done to prevent deaths such as Harris', as harm reduction is the best defence against the criminalization of drug use. The infamous slogan “Say no to drugs” just doesn’t cut it.