HRM's lawyer argues against such a high cost and any potential changes in policy, telling the Human Rights board “There's nothing you can order that isn't being done now.” 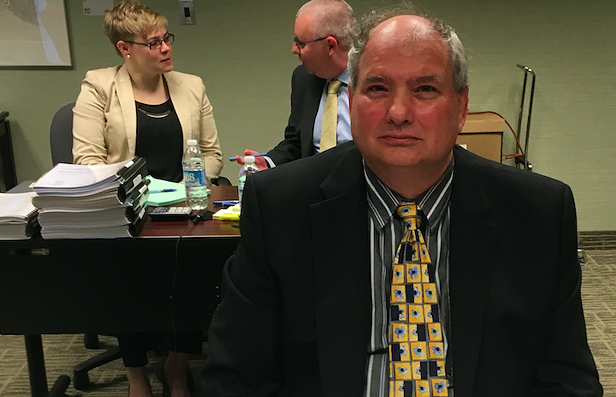 A Halifax Transit employee is asking for maximum damages after facing years of threats and racial harassment.

The complainant is seeking the maximum allowable damages of $367,000 for psychological injuries sustained over a period of almost 20 years at Metro Transit (now Halifax Transit) and another $1 million in lost earnings and pension. The man’s identity is protected by a publication ban.

Bruce Evans, his lawyer, argued Monday at a Human Rights hearing that his client was threatened and assaulted by coworker Arthur Maddox, then ignored by supervisors who were either told about the incidents or were present when they happened. Evans said the injuries to his client over the years were both “severe” and “devastating,” causing post-traumatic stress disorder, health problems and an increased risk of suicide, making it “highly unlikely that he will ever work again.”

The worker has been on long-term disability since 2007 due to his experiences in Halifax Transit’s Burnside garage.

Monday’s hearing was the result of a 12-year legal battle against HRM based on incidents involving the complainant, his wife and other employees since as early as 2000. In a decision released last week, an independent Human Rights Commission board of inquiry agreed that the white complainant faced “discrimination by association” because of his support of racialized employees, and his marriage to an African Nova Scotian and First Nations woman.

Lynn Connors, board chair, wrote in her decision that HRM’s unresponsiveness and lack of awareness made it “vicariously liable” for Maddox’s role in creating a poisonous and racist work environment. She sought arguments from both sides about how personal damages should be, and whether public policy should change as a response.

At the hearing for damages, HRM lawyer Randolph Kinghorne compared the case to past litigations where complainants were awarded less than $150,000 in damages for offences such as sexual assault.

Human Rights Commission counsel Jason Cooke responded by arguing that the case is a rare opportunity to send a message to HRM and other employers that failing to act on complaints of discrimination is unacceptable. He argued that this was a case of overt racism which requires a severe penalty to protect the public interest.

There were several employee complaints against Maddox, who assaulted a Black employee in 2001 but got his job back a year later. In 2003, the mayor’s office investigated the complaint and wrote a report with recommendations, but little action was taken at the time.

Maddox was quoted saying “racism should be a law that you can shoot somebody and get away with it.” One employee said Maddox hurled racial epithets at him six to seven times a week. Other municipal employees were also quoted calling an Indigenous employee a “good-for-nothing Indian” or “wagon burner.”

Maddox was fired for assaulting Black coworker Randy Symonds in 2001, but filed a grievance with the union and got his job back one year later. During the union vote on whether to fight his termination, graffiti appeared on a bathroom wall reading “all minorities not welcome; show you care, burn a cross,” signed by “a member of the Baby Hitler.”

When he was re-hired in 2002, the situation arguably got worse. After just six months, the complainant reported Maddox trying to run him over in the bus garage. The bus was close enough that when he jumped out of the way, he felt the wind of the vehicle passing by and saw Maddox laughing in the driver’s seat.

Unresponsiveness to investigate or deal with any of these incidents meant HRM didn’t meet its duty to provide a safe work environment, according to the board. Because an apparently aggressive, racist employee victimized racialized people and their allies while under the willfully ignorant protection of management for nearly 20 years, the board’s decision suggested that HRM management permitted racist behaviour to the point that they condoned it.

With the decision coming so many years after the fact that most or all of the involved supervisors and management have left Halifax Transit, the board will now have to decide whether a policy change is necessary to transform municipal workplace culture.

Halifax’s defence said there’s no need for a change in policy because since 2000 the municipality has changed its code of conduct and training booklets, and also added diversity workshops.

“There’s nothing you can order that isn’t being done now,” he said.

All sides agreed that the complainant should be financially compensated in an amount that reflects what he would have made if he hadn’t worked for the municipality under the threat of racism and violence for years.

A decision on the damages will be made later this summer.