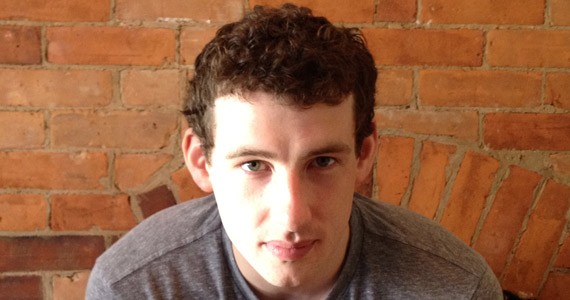 Mathew Henderson has spent about 32 months of his life in Alberta's oil fields. The PEI-raised poet worked away the summers after high school and in between years of university, and while at the time it all felt less than inspiring, eventually those exhausting months became the unlikely muse for haunting, yet beautiful poetry. "I started to feel like that place and my experiences there offered me my best understanding of the masculinity that I grew up believing in," says the now Toronto-based writer. "And of misogyny, dedication, hopelessness and isolation."

The works drawn out of Henderson's time in the prairies came together to form his debut collection The Lease, from which he'll read at the opening night of the Lilah Kemp Reading Series' third season, this stop on his east coast tour boasts readings and performances based around the theme "heroes," a topic which Henderson says is very present in his poetry. "I've always been attracted to the flawed heroes," he says. "I love the moment when you realize the people you admire, your role models, can be just as sad, confused and exhausted as everyone else."