Corner of the Eye (You’ve Changed) 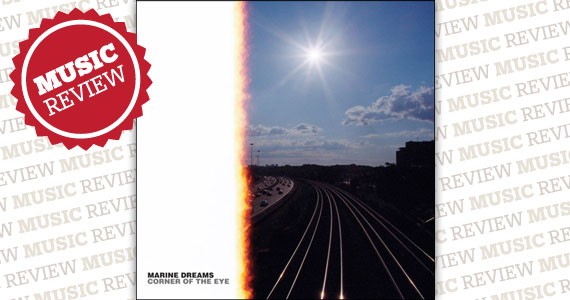 "It glides through the pearly sky," Ian Kehoe cheerfully sings on Marine Dreams' sophomore effort Corner of the Eye. The journeyed songwriter descends on new territory with 10 new minimally constructed folk-pop songs that are both thoughtful and poetic. The three-part vocal harmonies and shimmering 12-string acoustic guitar mark a slight departure from Marine Dreams' more driving debut, but the ease with which the songs yield to '70s folk influences makes for a natural transition. Those who have been following Kehoe will likely spot collaborator Daniel Romano's fingerprint in the production, which succeeds in lightly colouring the songs with just a touch of AM radio gold.