Plus a whole ark-load of other big ticket shows coming this fall. 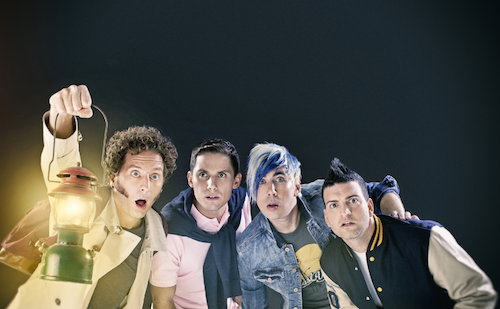 You probably remember the teen-dance melodies of Marianas Trench being all over the radio in the early aughts, with the Vancouver pop-punks' hit "Shake Tramp" peaking at 65 on the Canadian singles chart in 2006-2007.

And though you might have since forgotten about the lead singer's candy-coloured hair and all those candy-sweet melodies wrapped up in hard guitar, the band is launching a cross-country tour to prove it haven't gone anywhere. The group will be stopping in Halifax on November 21 with new songs from 2015's album Astoria in tow. Break out your black eyeliner and get ready to dance, m'kay? Tickets go on sale next Friday, September 9, and are available at www.marianastrench.net.

And if Trench isn't your thing (or if you're just looking to stack the cooling nights with some hot tunes) we've rounded up some other big ticket shows hitting the city in the coming months.

Our Lady Peace with I Mother Earth, Edwin and The Standstills

Twitter screen grab from @ourladypeace
The band appears to be back in the studio, but hasn't released anything new (yet!) before its November tour stop in Halifax.

Be still, my teenage heart! OLP is bringing its poetry-infused grunge-rock to the Scotiabank Centre November 2, and is sure to have all the hits you remember (like "We Are All Innocent" and "Starseed") along for the ride. And though it's been awhile since OLP put out any new material, the band has been feeding fans rarities from the vaults both via online subscription and at live shows—leaving hope there's something special in store for the Halifax performance. Rock fans, prepare your air guitars. Get your tickets, ranging from $39.50 - $59.50, at ticktatlantic.com. 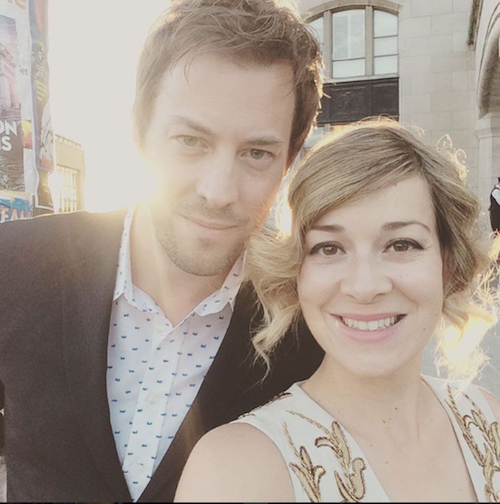 Via Jill Barber's instagram (@jillbabrber)
The Barber siblings get along just fine, recording a joint album that'll debut in Halifax this November.

The musical siblings have each dropped a number of albums in their own right, but they recently combined forces to craft a folky-country-Canadiana medley of covers and originals, aptly titled The Family Album. Playing the Rebecca Cohn Auditorium November 16, you'll be able to sit back and bask in the warm-fuzzy feels of watching the brother-sister duo share the stage. Bonus points if you bring your own sibling, too. Grab tickets (ranging from $37 to $42) here.

Courtesy of band
Sam Roberts Band brings a new record to Halifax this November.
It's so much Canadiana your ears will be oozing maple syrup, but such a blend of fan favourites and new materials you won't mind the stickiness. SRB has a new album coming out late October, meaning you'll have just enough time to learn all the words to sing (scream?) along by heart. Titled Terraform, the record cover is all tall pines, rolling hills and blue lakes—promising a sonic answer to a Group of Seven painting. Playing the forum November 18 with tickets ranging from $40-$46, you can grab tickets at etixnow.com.

Hitting the Scotiabank Centre as part of a world tour that'll take the band to places flung as far as South Korea and Indonesia, Simple Plan is out to prove its power-pop-punk has staying appeal—even 12 years after we all learned the words to the angsty hit "Welcome To My Life." SP's new album, Taking One For The Team, features the guys in orange hockey jerseys, showing no matter how far they go, these Canucks don't forget home. Get tickets for the November 22 show at ticketatlantic.com.

Speaking of Concert Announcement, The Scene