Our March Madness second round starts today with some pretty heavy hitters—flavour-wise. It's been a weekend, so I'll refresh your memory on what we're doing. We've matched up chips and pop in an all out to the death fight, who will reign? Which snack will we have to eat forever and ever? We'll know whenever this finishes!

Here's our first post so you can catch up on all the action from the start, should you desire. The bracket is below! 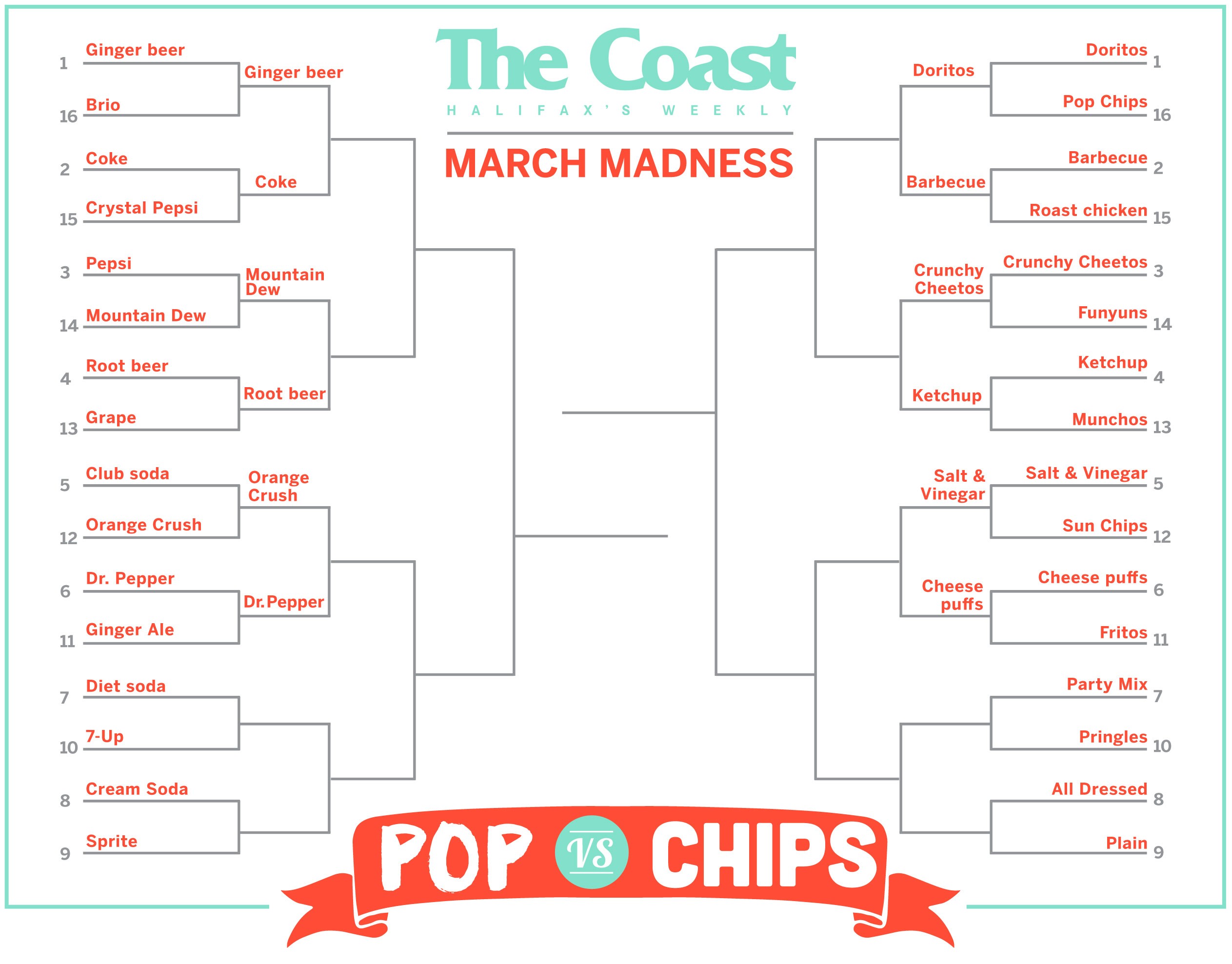 Friday's matches were hotly contested within the Coast office and, apparently, without. Cream soda creamed Sprite (but only by a single vote!) and all dressed took their unholy "throw every flavour on there and might as well serve it in a trough" mentality and walloped dear old plain with it, 59 percent to 41 percent. That is a gross and disgusting outcome. Chips shouldn't taste like everything. You know why the French sneer at us? All dressed chips.

Today's second round starts off on the pop side with ginger beer versus Coke. Classy or classic? Spicy or sweet? A taste of the islands or a taste of literally every water fountain in every elementary school (in 2027, probably)? You decide!

The chip match ups pack a very salty punch with Doritos versus barbecue. When I was a child the most exotic flavour chip I would eat was BBQ, but then a fateful sleepover turned me on to the taste sensation of a Dorito and I haven't looked back. Fun fact: Once at a sleepover a friend with braces opted not to eat the Doritos but instead to lick the cheesy seasoning off each one and put them back in the bag. The next morning, the sleepover host's little brother came upstairs happily munching on the leftovers. I can't remember if we told him to stop. Oh, and you can also vote for barbecue. If you spell it "barbeque" then you can't vote for anything. Please leave.