Submitted
"Sometimes there isn’t a large enough path of travel for people to get in if they're using a larger wheeled mobility device," Kristen Habermehl says, "and a lot of places have at least one step to get in."

Accessible bars and restaurants aren’t just a good thing for the hundreds of thousands of Nova Scotians with disabilities, they can also be good for business.

It may not rank alongside beaches, Maud Lewis and lobster fishing as an integral part of Nova Scotia’s identity, but with 229,430 Nova Scotians reporting at least one disability—a full 30 percent of the population as of 2017—we have the highest percentage of people with disabilities in Canada. Despite this stat, Nova Scotians with disabilities frequently face barriers in everyday life that the rest of us might never consider, particularly when going out to eat and drink.

Accessibility consultant and educator Kristen Habermehl spends her days helping businesses of all kinds to better accommodate people with disabilities, a practice that she says stands to benefit all Nova Scotians—business owners included. As Halifax’s dynamic culinary scene continues to move towards a post-pandemic recovery, we spoke to Habermehl about what can be done to make going out for food and drinks a more equitable and accessible experience for all. 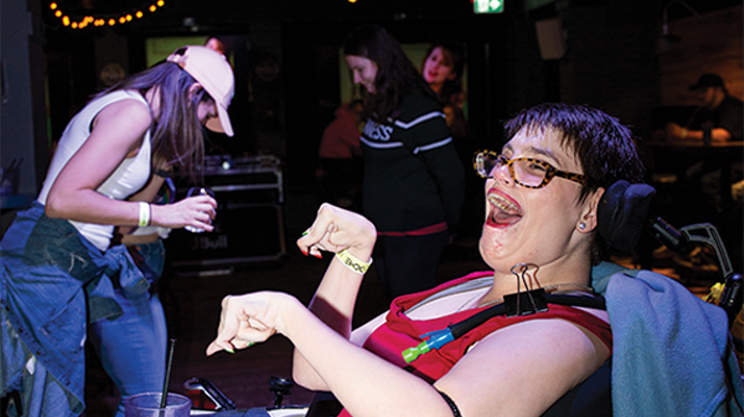 There’s nothing spontaneous about a night out in Halifax for someone who uses a mobility device: From stairs to small stalls, Halifax's bars and clubs are full of barriers to accessibility. 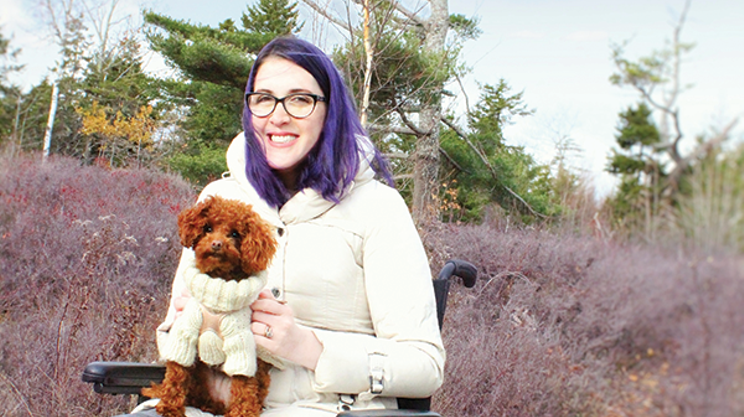 ‘There are no rules’ when it comes to restaurant accessibility in Halifax: Date prep takes on a whole different meaning for mobility device users in this city.

The Coast: How is going out to a restaurant or bar different for someone with a disability?
Kristen Habermehl: First and foremost, they have to know if they can get in the door, which sadly is maybe 50/50. And even if they can get in the door, chances are they don't want to go unless there's a washroom that's truly accessible. So you'll find that the majority of people with a significant disability will either have one restaurant they go back to over and over, or they have to call ahead and plan. Or else they risk not being able to drink anything or wash their hands because they won’t be able to use the washroom. And unfortunately, even when the right questions are asked, you can still show up at a restaurant with washrooms that the owners think are accessible, but aren’t. It’s a significant challenge that we face in all areas of the province.

Other than washrooms, what are some of the most common barriers for disabled people in restaurants?
One of the first challenges is moving from the outside—especially as we get into patio season. Sometimes there isn’t a large enough path of travel for people to get in if they're using a larger wheeled mobility device, and a lot of places have at least one step to get in. So as soon as that happens, if somebody is with the person, they will sometimes try to lift up that step or go backwards and pull up. But those scenarios are physically very difficult and they're also somewhat dangerous, and if that doorway doesn't have a power door operator on it, sometimes it's very difficult for somebody to be able to open that door independently.

Submitted
Consultant and educator Kristen Habermehl spends her days helping businesses of all kinds to better accommodate people with disabilities.
What are the most important things an accessible restaurant should have?
Nobody's asking for the whole environment to be changed to accommodate wheeled mobility devices in every section. It can be as simple as making sure table heights—we call it the knee clearance—is more than 685 millimetres. If it’s less than that, anybody who goes to that table in a wheeled mobility device is going to have to sit all the way back from the table, put their plate on their lap and eat from a distance.

Why are these things important?
One in every three people now has a stated registered disability in our province of Nova Scotia. That doesn't mean 33 percent have mobility devices, it also includes people with hearing disabilities, people who are blind or have low vision or people with cognitive disabilities, and we consider all those things when we're looking at accessibility. It's so important because somebody in a wheeled mobility device is probably not going to go to a restaurant and eat by themselves; they are going to meet family or friends. And those people want to go back to places where they have a great experience. So you're not losing one person's business, you're losing five or 10 people's business if you're not accessible.

The restaurant industry has had it harder than most in the last couple of years. Is it fair to single restaurants out?
I get that it’s a tough sell for restaurants to spend money on accessibility when they’re barely able to pay the bills as it is, but the part they fail to recognize is that there’s this untapped market out there—we’re talking billions, not millions—when we make our buildings and businesses accessible. Good news travels fast and people want to go back to places where they have a great experience. We know the numbers of people with disabilities are rapidly rising, and we're one of the highest aging populations in North America here in Nova Scotia. So it's more important for us to be having this discussion than almost anywhere else I can think of.

What are some little things a restaurant can do to make it more accessible, short of full-on renovations? The first thing we have to do is identify where the barriers are—and they're usually the same in most places. Can people get into the front door on their own? If it’s a heavy door, can you afford to put a power operator on it? And if not, a lot of those doors can be adjusted so they're not so heavy. I also see many restaurants that have the potential to have an accessible space, like a larger washroom, but it’s used to store cleaning supplies. Sometimes it’s as simple as looking around with a fresh set of eyes and saying, ‘What would somebody need if they were coming in here?’