Made With Love is in the air 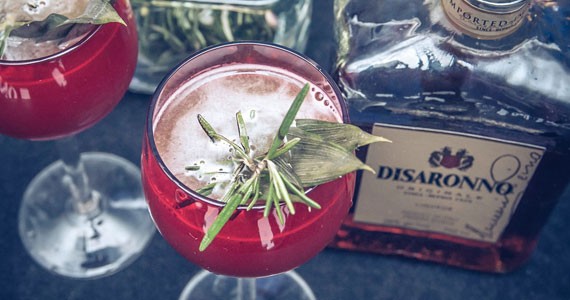 This year marks five years since Made With Love became a key component to establishing Halifax's behind-the-bar stars. Every year, a crop of the city's most talented bartenders test their mettle, serving up creative cocktails at the regional qualifiers for Made With Love with the hopes of making it to the national competition. Past regional winners included Jenner Cormier, Jeff Van Horne, Lincoln Creaser and Michael Hopper, who opened Highwayman this year with fellow past victor Dan Vorstermans.

Mark Bradbury has been bartending for four years, two of those behind the wood at The Bicycle Thief. He competed for the first time last year and won the Public's Choice category with his Cucumber Cielo—a vodka drink tinged with the flavours of coriander, chiles and lime—and went on to score a fourth place finish at the national competition.

"Getting involved in competing was about becoming more serious about cocktails and seeing if I could compete and learn from all of the talent in Halifax," says Bradbury. "I learned so many lessons that have helped me moving forward."

This year Bradbury will try his hand at the titles again making a fresh herb-tinged cocktail with Ungava Gin, one of the seven base spirits competitors can use. Marika Bouchard, meanwhile, will use Disaronno in what will be her first stab at the competition.

Bouchard has been bartending for a decade now, first at clubs and private lounges in Montreal, then at Onyx when she moved to Halifax two years ago. Now she is at Black Sheep. "I had never really taken my bartending to a mixologist level before working here," she says. And she hadn't taken it to competitions either, until her boss told her she should compete. So she is. "I'm going to make something fun, something fresh," Bouchard says.

Nobody from Halifax has ever won the Best BarChef in Canada title at the Made With Love nationals, but maybe that will finally change this year. Now that would be fresh.