{image-1] Big, loud and proud, the fourth movie in the Mission:Impossible series delivers exactly what it promises. Tom Cruise and his fellow secret agents are forced undercover after they’re blamed for a Kremlin bombing and have to find the real culprit, a nuclear terrorist (Michael Nyqvist) bent on reheating the Cold War. Of course, this familiar but serviceable plot is just an excuse for gadgetry, gunfire and balls-out stunts. Brad Bird, the director behind Pixar's animated hits Ratatouille and The Incredibles, makes an assured live-action debut, keeping things moving at a furious pace while the pushing-50 Cruise still has the steel-eyed intensity and game physicality to serve as a credible action hero. It may not be anything more than an escapist action fantasy, but it’s a professional-grade escapist action fantasy. 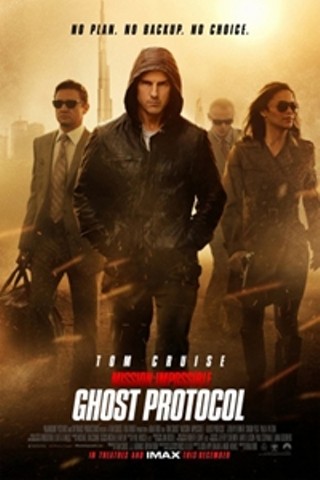