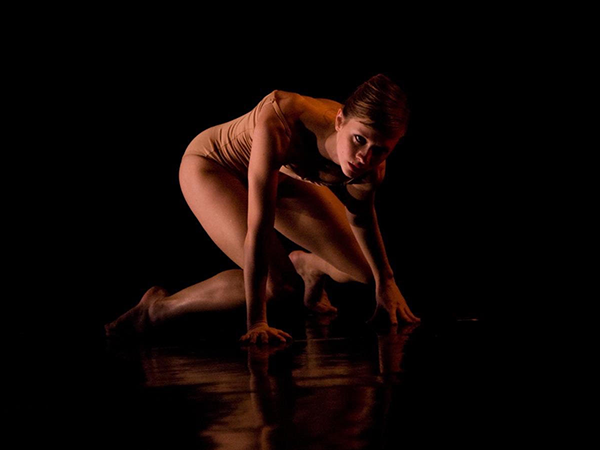 Tim Agler
“I’ve been told by friends I’m eccentric,” says Zimmer. “It’s not something you want to contain.”

When does the methodical and organized become a form of derangement? How do our actions accumulate over a lifetime? These are the ideas dancer Lydia Zimmer hopes to explore with audiences during her performance of SONDERLING at this year's Kinetic Studio's Open Studio Series.

"'Sonderling' actually means 'eccentric one' in German," says Zimmer. "I've been told by friends that I'm eccentric. It's not something you want to contain—it's so much better to let it out."

Expressing herself through dance since childhood, Zimmer graduated from Walnut Hill School for the Arts in 2007 and has since trained and studied at the likes of the Boston Conservatory, Canada's National Ballet School and Springboard Danse Montreal. With her artistry taking her to various international cities, she began piecing together Sonderlings, a larger production from which SONDERLING derives, when mental health issues arose during a residency in Bulgaria. "I was dealing with a lot of disassociation in my own mind," says Zimmer. "It definitely comes from a scary place in my mind and not really having a sense of who I was, but knowing who I was, and losing track of time and tasks."

Zimmer isn't interested in traditional dance tropes and instead opts for a creepier aesthetic—her favourite part of performing SONDERLING is "letting the darkness out," she says, describing the performance as "creature-esque." "Some of it may not look pleasing to the eye, but I'm trying to move in a direction with my body that's unusual."

"I kinda like people to feel uncomfortable," she says. "Everything you'd see or hear in a movie, without it being spoon-fed to you, is what I'd hope people take away."

Which Halifax bars and clubs are accessible—and which ones aren't