The Doppler Effect remounts their popular play, Logan and I, from last summer's Queer Acts Festival.

Ashley Pike
Michael McPhee and Glen Matthews star in Logan and I, 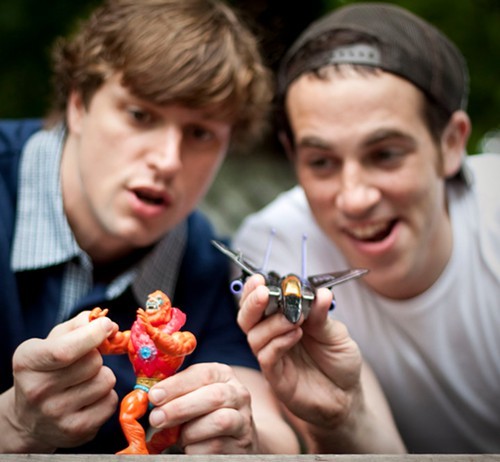 It’s pretty common to see several members of Halifax’s tight-knit theatre community supporting fellow artists on any given night at any given show in the city. But that was not the case with the sold-out run of The Doppler Effect’s production of Logan and I at the 2010 Queer Acts Theatre Festival.

“Our normal audience was pretty much untapped,” says Michael McPhee, actor, playwright and co-founder of The Doppler Effect Production Company. “Queer Acts draws on a whole different audience of theatre-goers and with such a short run, we sold out before a lot of the theatre community got a chance to see it.”

The solution: remount Logan and I at the Bus Stop Theatre over the holidays so that actor Glen Matthews, who has since relocated to Toronto, could reprise his role as the troubled and menacing young Logan.

“I’m really glad that we could do the show again with Glen, because I can see that he is on the verge of being a really big Canadian film guy,” says McPhee. “He’s got a kind of Gary Oldman, chameleon quality going, and if you see his work on The Corridor,”—-a 2010 horror film shot locally and written by Josh MacDonald—-“you’ll know pretty soon it’s going to be next to impossible to snag any of his time.”

Logan and I is a dark yet funny coming-of-age story set in the 1980s. It traces the relationship of the shy and well-to-do Dezzy (played by McPhee) and the tough and under-privileged Logan (Matthews) from the time they meet at age eight and bond over their passion for Transformers, through their shared sexual awakening and the turmoil that causes. Along the way, the play explores issues such as male intimacy and sexual identity.

As the show’s playwright, McPhee says he also thrilled to be doing the show again for a very specific reason.

“Despite the amazing response we had and all the really positive feedback, I never felt that I found that illusive ‘sweet spot,’ that one perfect show that I was looking for. I’m really excited to get the chance to do it again now that I’ve had the chance to let it sit and stew.”

Logan and I runs December 15-18, 8pm, with a 2pm PWYC matinee on December 18. Tickets are $15-$20, available through thedopplereffect.ns@gmail.com.