Logan has almost no female characters 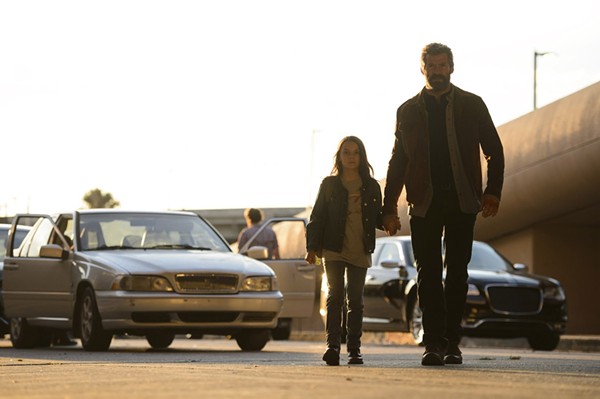 via IMDB
Well, uh, at least there's this mutant child?
Out of the hundreds of credited cast in Logan, three women have names. There is Laura (Dafne Keen), the mute young girl slash mutant who decapitates men with no feeling or expression. There is Gabriela (Elizabeth Rodriguez), who is murdered. There is Kathryn (Elise Neal), who is murdered. There is a solider who says “Here you go,” but she is not murdered. There is a motel manager who Logan tells to get her fat ass out of here, tough love so she isn’t murdered probably. There are characters called Mourning Widow, Car Dealer, Bridesmaid, Mutant Child, Screaming Casino Woman and Pine Cone Girl. Logan is rated 18, for “brutal violence.” Many more nameless men than women are murdered, often by Logan, often through their faces, throats and skulls. The women do not suffer their deaths with any less violence. Three important men, named, with histories and layers, die too. The movie pauses and allows each of their passings a solemn grace, as dictated by its audience, single-minded and insatiable.

Halifax, here's your going out guide for Jan 16-18