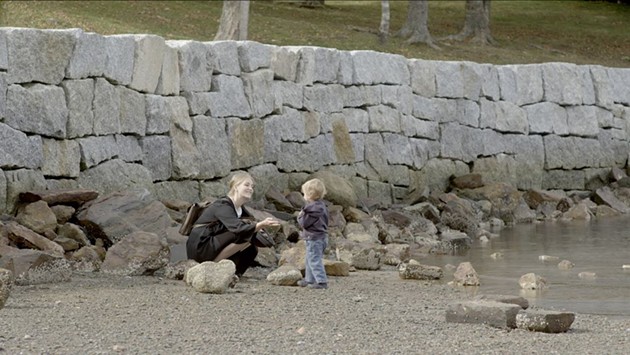 submitted
Vandersteen and Graves in a still from The Crescent


Director Seth Smith, producer Nancy Urich (full disclosure, Urich and I play in a band together) and screenwriter Darcy Spidle, the team behind CUT/OFF/TAIL Pictures, are back on their grind again, so rejoice. With a supremely spooky trailer for The Crescent, Smith continues to deal in the watery horror framework set down by 2012's Lowlife, this time directing Smith and Urich's son Woodrow Graves and artist and musician (Fake Buildings, Building Confidence Through Play, Old & Weird) Danika Vandersteen.

Watch the trailer below for the film described as "an elevated horror that blends formalist, fictional drama with documentary-like moments of realism–think cult classics like Rosemary’s Baby, Phenomena, Don’t Look Now, and contemporary arthouse-thrillers like Under the Skin, The Witch, and Personal Shopper."

In the wake of funding cuts to provincial film programs, CUT/OFF/TAIL Pictures is asking for public backers to complete the final stages of the process. Learn more about the project and donate here.